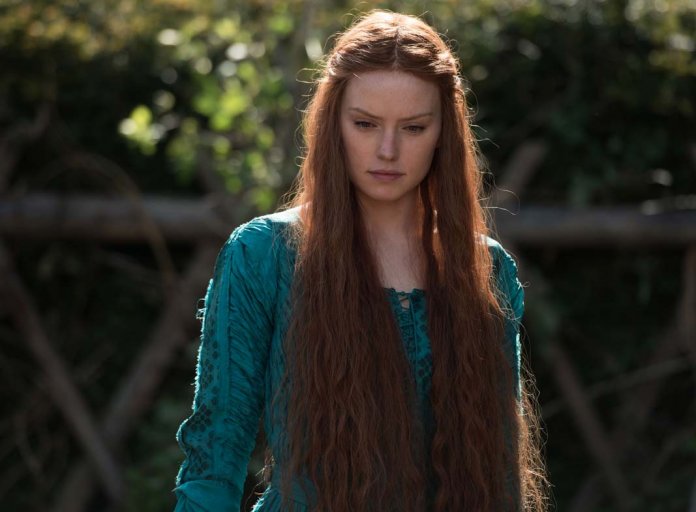 There’s a certain hubris to re-imagining characters in Shakespeare, widely regarded as the greatest writer in the western canon. Ophelia is the second film made to flesh out side-characters in Hamlet (after Rosencrantz and Guildenstern Are Dead) but instead of aiming for witty commentary, it aims for the dramatic. Right away, we see the problem. Hamlet is generally considered to be one of the finest dramatic works ever written. If you’re planning to add your own story to it, it’d better be either genuinely brilliant or at least humorously self-aware. Ophelia, sadly, is neither. This film was based on a Young Adult novel, and it certainly feels like it.

The film opens with Ophelia’s (Daisy Ridley) narration over a recreation of the famous eponymous painting by Millais, letting you know that everything you think you know about the story of Hamlet is wrong, and then starting the story showing her as a little urchin girl, frustrated by the prohibitions against her learning science, and adopted by Queen Gertrude (Naomi Watts) as a young lady-in-waiting. This lets you know that where Hamlet is a play of moral ambiguities, Ophelia is dead set on establishing a thoroughly conventional Hero’s Journey. She even has a rapport with a witch who shares her witchy secrets which of course will be used later in entirely unsurprising ways – one of which, like a fair bit of the rest of the story, is lifted directly from Romeo and Juliet. All the film’s ridiculous ending is missing is Ophelia rolling her eyes and saying “men!” Although the film basically says this for her. 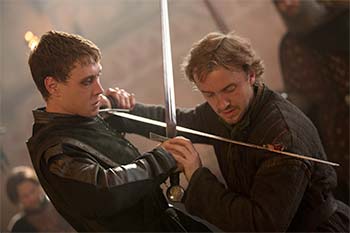 Part of the problem is that the film dances around the actual story of Hamlet, which is far more intriguing than the story of Ophelia is. There’s a constant feeling that something is happening behind the scenes that’s far more exciting than what you’re seeing, which there is: Hamlet. In fact, the film has very little narrative impulse at all. It mostly consists of intense conversations in a carefully hushed tone about things you don’t get to see happening. The dialogue isn’t written in Elizabethan English to match Shakespeare, which is generally acceptable except when some of the most iconic lines ever written are modernised so as not to stand out.

Where it does shine, however, is the visuals. This film looks gorgeous. It’s clearly heavily inspired by Pre-Raphaelite paintings, with lush costumes, locations and beautiful use of colour and light. There’s plenty of talent in the cast too, with Clive Owen as Claudius, George McKay as Hamlet and Tom Felton as Laertes. Performances are generally good, although they just can’t elevate the laughably sophomoric material.

Should you see it? Maybe. If you’re a Shakespeare fan there might be something in it for you, or you might enjoy being mildly outraged by the whole thing. Perhaps taking a young person to see a Shakespeare-adjacent film with Rey from Star Wars will get them interested in the real thing. It’s bittersweet imagining what such a gathering of technical and artistic talent could have done simply staging the actual play.