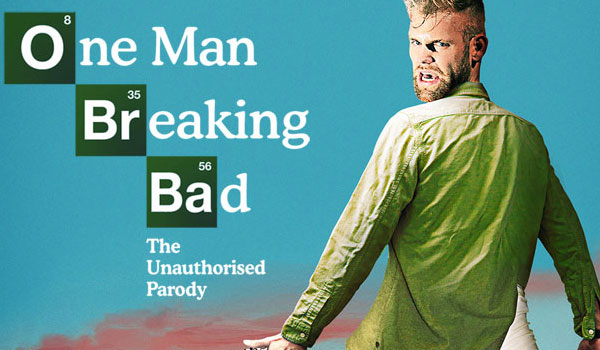 With over a million hits on YouTube, and sell-out runs at comedy festivals across the globe LA actor, Miles Allen will bring his solo show ONE MAN BREAKING BAD – The Unauthorised Parody to Sydney for the first time at the Sydney Comedy Festival in April.

There was a huge hole in Miles Allen’s heart and the hearts of millions of fans worldwide when Breaking Bad ended. His solution: to immortalise his favourite characters in an hour-long, one-man, stand-up routine.


Miles Allen said, “This show is a love letter for all the fans who lived through the blood, meth, and tears of the greatest television show ever made. However the only tears in my show will be from laughter, and I promise no less when I bring it back to Australia!”


6 shows held over 5 days at the Seymour Centre in Chippendale, Allen’s incredible impersonations break all six seasons down into one, exhilarating, and uproarious tour-de-force parody performance.

Times: 8pm daily and also at 3pm on Saturday 25