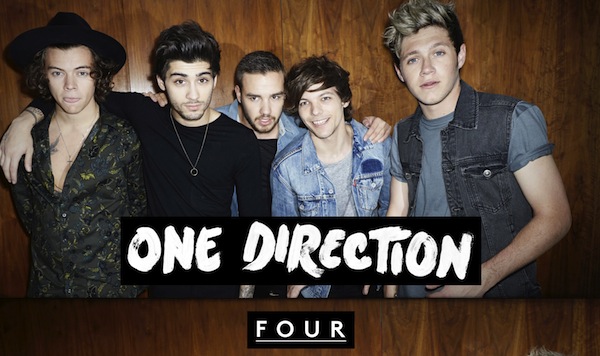 The planet’s biggest pop band One Direction return with Four, their brand new album and the follow-up to Midnight Memories, the world’s best-selling album of 2013.

To celebrate the album announcement, the boys have revealed brand new track ‘Fireproof‘, which can be downloaded freely for a limited period of 24 hours. The song was written by Louis and Liam with John Ryan, Jamie Scott and Julian Bunetta.

The album follows the global success of their huge sell out ‘Where We Are’ stadium tour and their 3D film documentary ‘This Is Us.’ Add all this to their 3 billion YouTube views, 109 million combined Twitter followers and 33 million Facebook fans and it’s clear that Liam, Harry, Louis, Niall and Zayn genuinely are a worldwide phenomenon. The boys will be headed back to Australia early next year, check below for all the dates and ticketing info.

Four is available to pre-order from today, and will be released on November 17th 2014.

‘On The Road Again’ 2015 Australian Tour