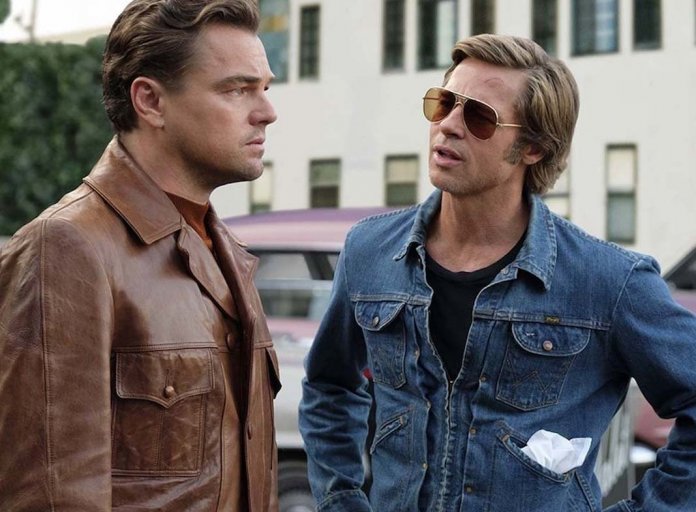 Once Upon a Time in Hollywood is Quentin Tarantino‘s ninth film and one of his best.

Set at the end of the ’60s, it revolves around the waning acting career of (fictional) Rick Dalton (Leonardo DiCaprio) and his (fictional) stunt double and flunky Cliff Booth (Brad Pitt) and their involvement in the (real life) Manson Family killing of Rick’s next-door neighbour, Sharon Tate (Margot Robbie). While ex-TV Western star Rick looks towards villain roles in crime shows and Spaghetti Westerns, Cliff runs errands and bumps into members of the cult at his old haunt, the Spahn Ranch. 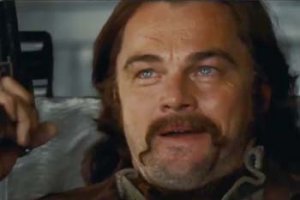 Like Inglourious Basterds, the film is a comedic re-imagining of a terrible injustice. It’s also an effective satire on the cruel nature of Hollywood and its treatment of the little people that prop up the stars, the hard-working people that Tarantino loves paying tribute to and casting in his films. Pitt‘s stuntman lives a tragically pauper-like existence in the orbit of his master Rick, played with comic flair by DiCaprio. It’s a real test of an actor’s skills to play an actor acting in a film within a film, and DiCaprio really puts a lot of effort into his part. DiCaprio has that peculiar quality of always appearing to be himself in a film, acting, and so this part suits his talents perfectly. Margot Robbie puts on a glowingly innocent portrayal of Sharon Tate, and her sweetness acts as a fun counterpoint to the darkness of the film’s subject matter. Pitt‘s performance is utterly charming, despite some of the more unsavoury aspects that emerge about his character. 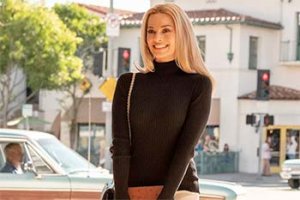 The other real star of the film, however, is the vividness of the period setting. Tarantino‘s created a really staggering time capsule here, with utterly gorgeous lighting, prop choices and a soundtrack featuring dozens of classic tracks that set the scene beautifully. The film, as with most Tarantino films, takes place at a leisurely pace with heavy emphasis on dialogue. Tarantino is a master at this and despite the 162-minute running time, Once Upon a Time in Hollywood positively flies by. Tarantino‘s ability to wring laughter out of genuine darkness and craft dialogue that gets great performances out of his actors is rare for a director of such mainstream popularity. And yes, he throws in some of his trademark violence and it’s insane and great.

Should you see it? Definitely! This is a highly entertaining film and Tarantino‘s homage to the end of an era in Hollywood is both funny and achingly melancholic. In some ways, it feels like his most grown-up film since the excellent Jackie Brown, with an ending that’s so over-the-top in its pursuit of vicarious justice that it almost feels like a historical exorcism. What a pleasure to see a major movie by a major studio that’s had real effort put into its production and isn’t relentless, focus-grouped CGI nonsense.