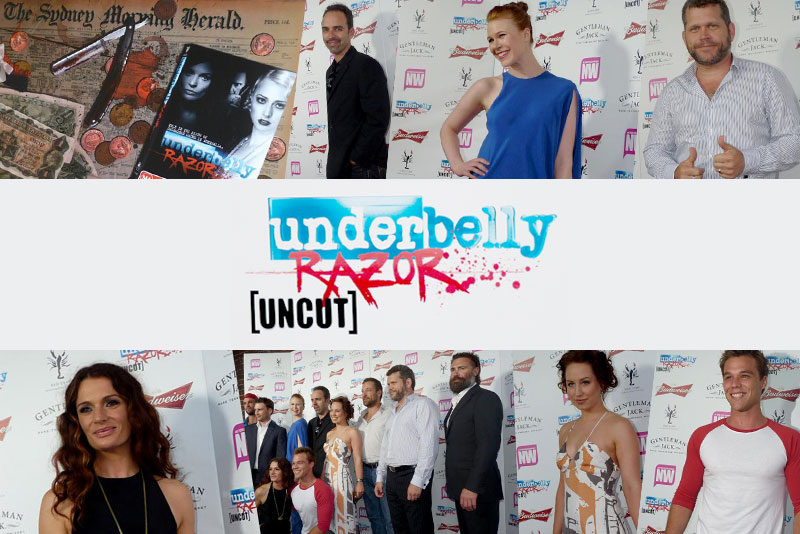 The launch of Underbelly Razor [uncut] on DVD was held on Wednesday October 9 at the East Village Hotel in Sydney.

Most of the cast attended the venue, with stars Lincoln Lewis, Danielle Cormack, Anna McGaham, John Batchelor, Jack Campbell and Felix Williamson walking the red carpet. All of them, where extremely nice with press and fans waiting outside, trying to spend time for pictures and interviews as much as possible.

We had the chance to talk with former Home and Away star Lincoln Lewis about his favourite scenes during the filming and about the time he spent getting the makeup full of scars he needed:

We also had the chance to talk with Izzy Stephens who plays Kate Leigh’s daugther Eileen Leigh and Felix Williamson who plays  Phil ‘The Jew’ Jeffs.

After that all the guest (including us) were invited to get inside to enjoy some beverages and food, with a place full of story covered with Underbelly Razor’s portraits and pictures.