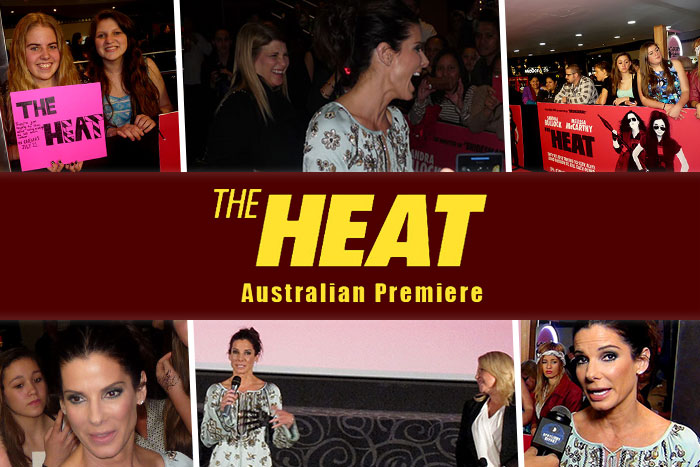 On Tuesday July 3, Event cinemas on George Street, Sydney hosted the Australian premiere of Paul Feig‘s new comedy The Heat, with special guest, Oscar winner Sandra Bullock, walking the red carpet as part of the promotional tour for the film.

There was a good show of fans, some of whom had been lining up from around 8:30am, hoping to land prime spots in the cinema in order to get close to Ms Bullock. Upon her arrival on the red carpet around 6pm, she took time out for interviewers, met some lucky fans, signed autographs and even posed for photos.

Thanks to a good setup and organisation, we had the chance to ask one quick question of Ms.Bullock: we wanted to know about her experiences working with Paul Feig in this comedy and Alfonso Cuarón in the upcoming sci-fi film, ‘Gravity’.

After continuing with her interview duties and meeting more fans, Ms. Bullock was right on time to introduce the film to Australian audiences at around 7:15 pm. With her unique style, she entertained the packed cinema, even borrowing some quotes from her co-star, Melissa McCarthy, that had the crowd laughing.

Here,  enjoy some photos from the premiere below: