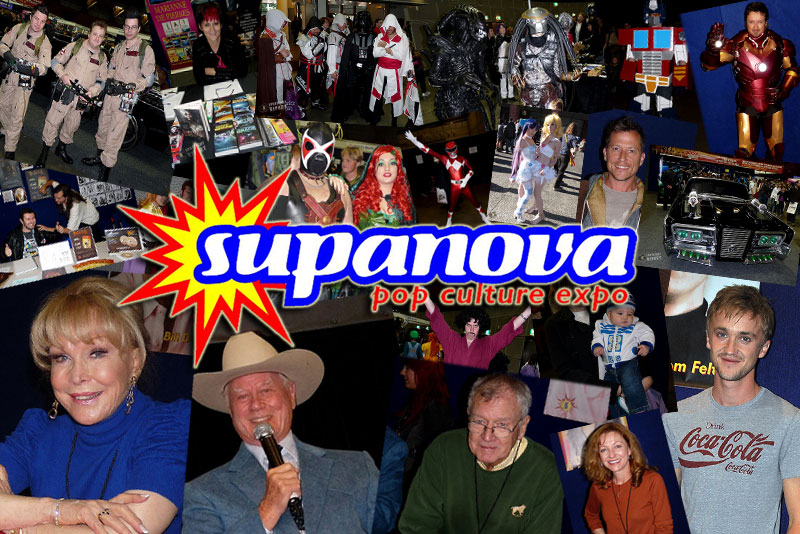 Supanova Pop-Culture Expo, one of the biggest science-fiction convention around the country was back again in Sydney this weekend 17th-19th June, 2011 at The Dome in Sydney Olympic Park.

The Dome was packed with people. Hundreds of cosplayers, game geeks and comic lovers got together this year to celebrate the best of the pop-culture. Many fans who dressed as their favourite anime character or superhero were walking around the venue and posing for photos with other fans. Moreover, one of the plus factor for this year was the presence of The Green Hornet’s magnificent car “The Black Beauty”.

Talents were everywhere! Comic book creators: Bill Templesmith, Justin Randall & Steward McKenny among many others, were part of the Artists’ Alley showing their latest art-works and posters. For those who are more into reading, Dymocks booth gave the fans the chance meet fantastic sci-fi writers as such: Marianne de Pierres (The Sentients of Orion), Alison Goodman (Eon, Eona), Kevin J. Anderson and Rebecca Moesta (Star Wars).

Supanova is in so far, one of our favourite events of the year because it is for  “all ages” event. It’s so amazing to absorb all this culture where participants came together under one roof with wrestling performances, video games, cosplay theatre and seminars too. To top it all, the happiness that it brought fans, who found souvenirs or special items that they were looking for, was just priceless.

If you wanna know what we were talking about, here, check some amazing postcards from the venue below: