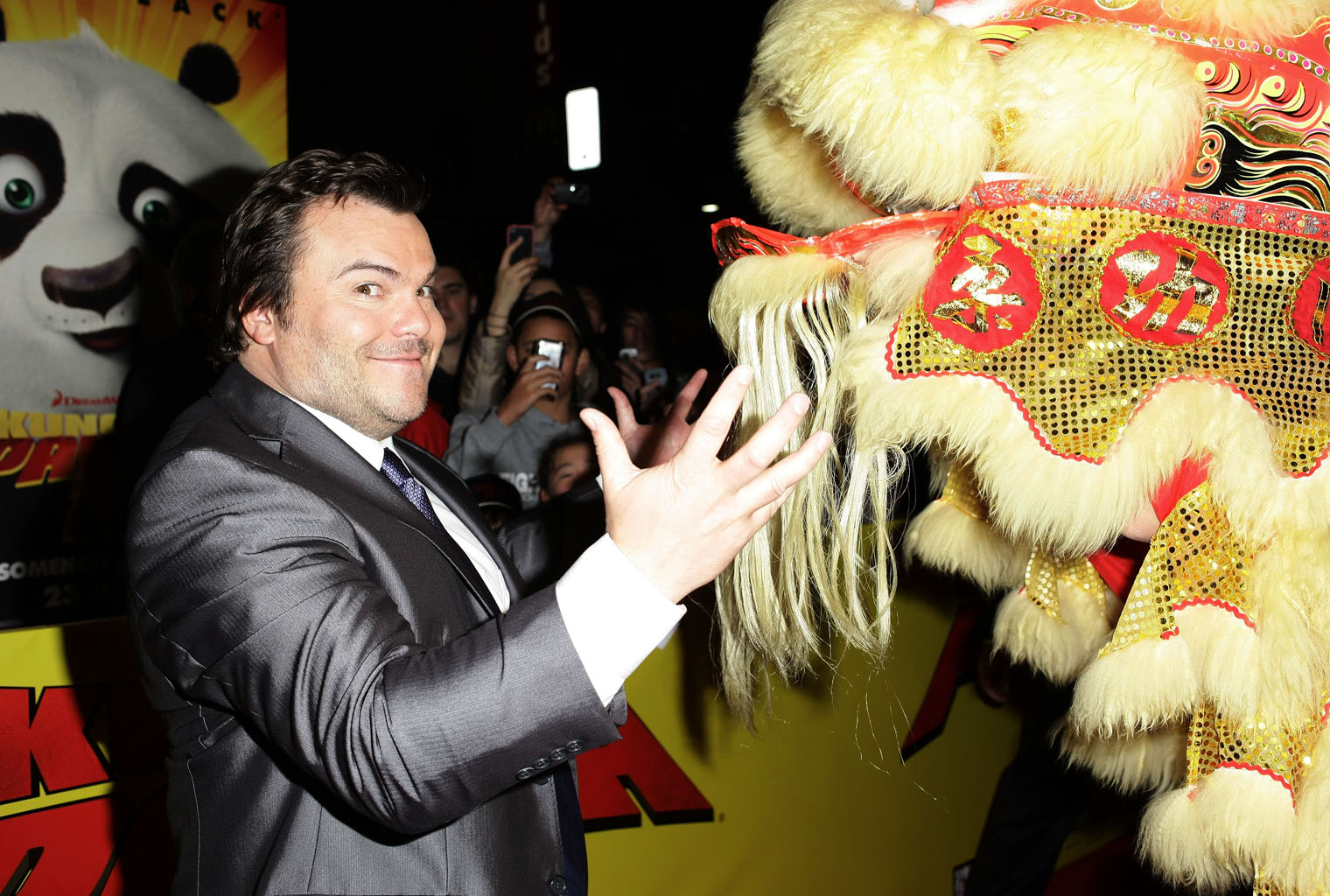 The red carpet was already full of fans as early as 4:30pm, but unfortunately,  for many  people there, it had a really bad setup. Black curtains were placed around the area that covered the entire inside of the cinema thus preventing people from viewing the event comfortably.

There was only a small area set for media and the fans wanting to meet their idols. So the fans ended waiting in the sidewalk outside the cinema. To make it worse, the people in charge of security didn’t even know where to let the onlookers stay.

Hitting the red carpet first were the dragon dancers and the huge panda “Po” who took the time taking pictures with some guests. Later on, some promoters of the event, came out giving Kung fu Panda’s caps to the loyal fans there and some markers to get autographs.

Around 6.30pm,  the first guests arrived, Director Jennifer Yuh Nelson and producer Jeffrey Katzenberg, both of them walked straight ahead to the media area. Things got worst because minutes later, Lucy Liu arrived and the crowd got really excited, especially many locals with Asian background wanting to meet her. Unfortunately for all, the actress only posed for the photographers at the main entrance and then was rushed inside the media area immediately, not giving her the chance to come close to any of the fans there.

After that, it is the turn of  the beloved Jack Black to make his entrance at the carpet. Black, was nice as usual and very funny. He  posed for photos, doing his famous “Rocker pose” and Kung fu moves, showing what a great comedian he is. Still, all was very quick because he just came over for the few fans there, signing quick autographs and doing some photos for a few lucky fans. What makes the matters worst, some of the actual photographers there and media people starting to ask him for autographs and photos in front of the fans.

We really hope, for next events like this one, the organizers should consider the fans a little bit more, especially during rainy days  (lucky it wasn’t raining at the time of the arrivals), closing the entire cinema with black curtains to avoid anyone to see anything and leaving the people on the main street is not the best idea, because at the end of the day the fans are the ones buying the movie tickets and the DVDs. They make the celebrities who and what they are nowadays and the fans deserve more.

Here enjoy some of the postcards of the venue below: