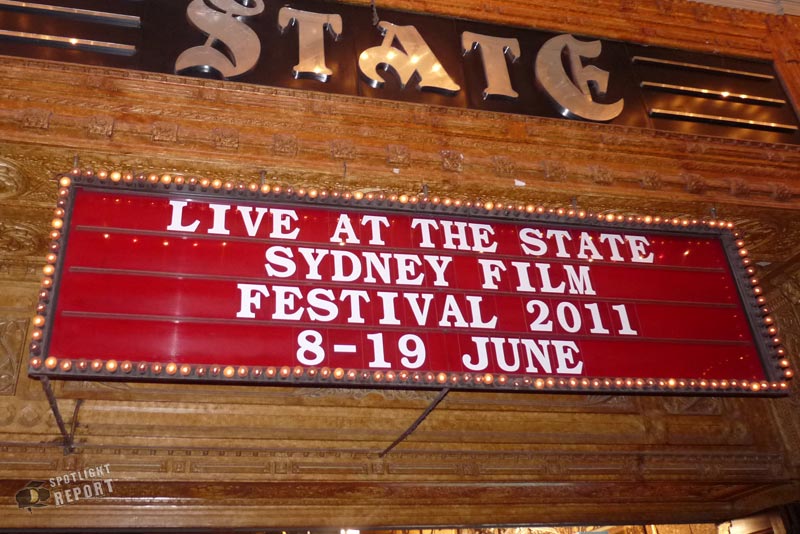 The Australian premiere of JANE EYRE was held last night, Friday 17th of June at Sydney’s State Theatre as part of the Sydney Film Festival 2011. Gracing the event is  Australian star Mia Wasikowska better known for her role as “Alice” in Tim Burton’s Alice in Wonderland.

Guests started to arrive in the venue around 8:30pm causing a major chaos in Market street  as it coincided the end of the screening one film being shown theres as well. A small area was allocated for the red carpet event. This unfortunately only gave the media a chance to rub elbows with the stars and no waiting area for the fans.

Few minutes before 9pm Mia Wasikowska arrived at the carpet in the middle of the crowd. Security people were not prepared for the number of fans and other passers by who stopped by to catch a glimpse of the special guest.

Wasikowska did a couple of very quick autograph signing and posed for photos with a few struggling fans on the street. After that she was rushed into the red carpet to make some interviews.

The red carpet was one of the quickest events  we have seen in years, as the screening started at 9:30pm.

Here enjoy some postcards of the night: