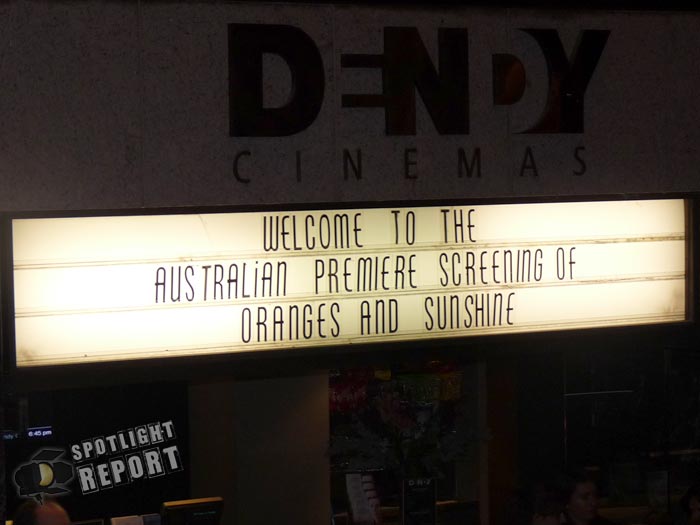 The Australian premiere of Jim Loach’s “Oranges and Sunshine” was held today, May 23rd at Sydney’s Dendy Cinemas in Circular Quay.

Weaving and Wenham, were really nice with everyone around, both of them arrived walking to the place and the meet and greet with a small group of fans waiting for them there, doing photos and autographs for every one of them, no rushing at all. Moreover, we had the chance to ask a very quick question to Mr. Weaving about his role in Captain America, where he plays the villain “Red Skull“, and he said that he was very excited of been part of the Marvel Universe films.

The synopsis of the film:
Oranges & Sunshinetells the story of Margaret Humphreys, a social worker from Nottingham, who uncovered one of the most significant social scandals in recent times: the organised deportation of children in care from the United Kingdom to Australia.

Almost single-handedly, against overwhelming odds and with little regard for her own well-being, Margaret reunited thousands of families, brought authorities to account and worldwide attention to an extraordinary miscarriage of justice.

“Oranges and Sunshine” will hit Australian cinemas the next June 9, 2011.