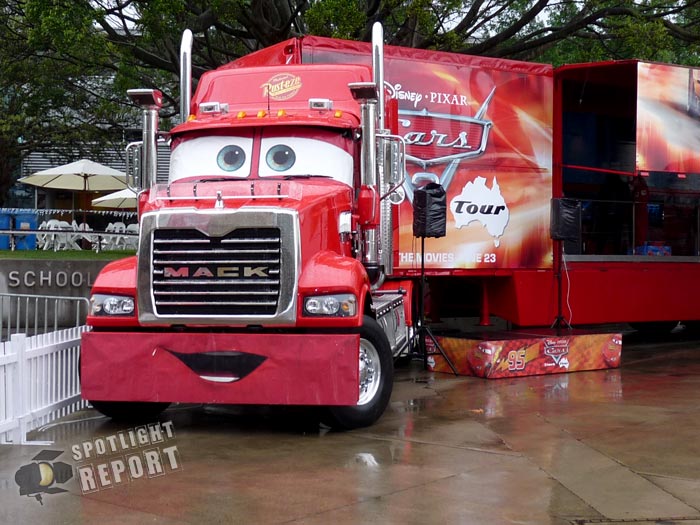 The cold temperature and the rain didn’t stop tons of children and their parents in attending the “Road Carpet” along with Aussie V8 Supercar’s driver Mark Winterbottom, who lent his voice to the character of  “Frosty” in the film, representing Australia in the World Grand Prix. The Herald Sun says that Winterbottom’s character will only appear in the Australian release of Cars 2.

As part of the Premiere, a gigantic Mack truck dressed as one of the characters of the film was part of the attractions. It was placed in a big entertainment area set for kids along with Go-cart racing, workshops, remote control racing cars and video games which kept them busy after the screening.

Here check some postcards of the venue: