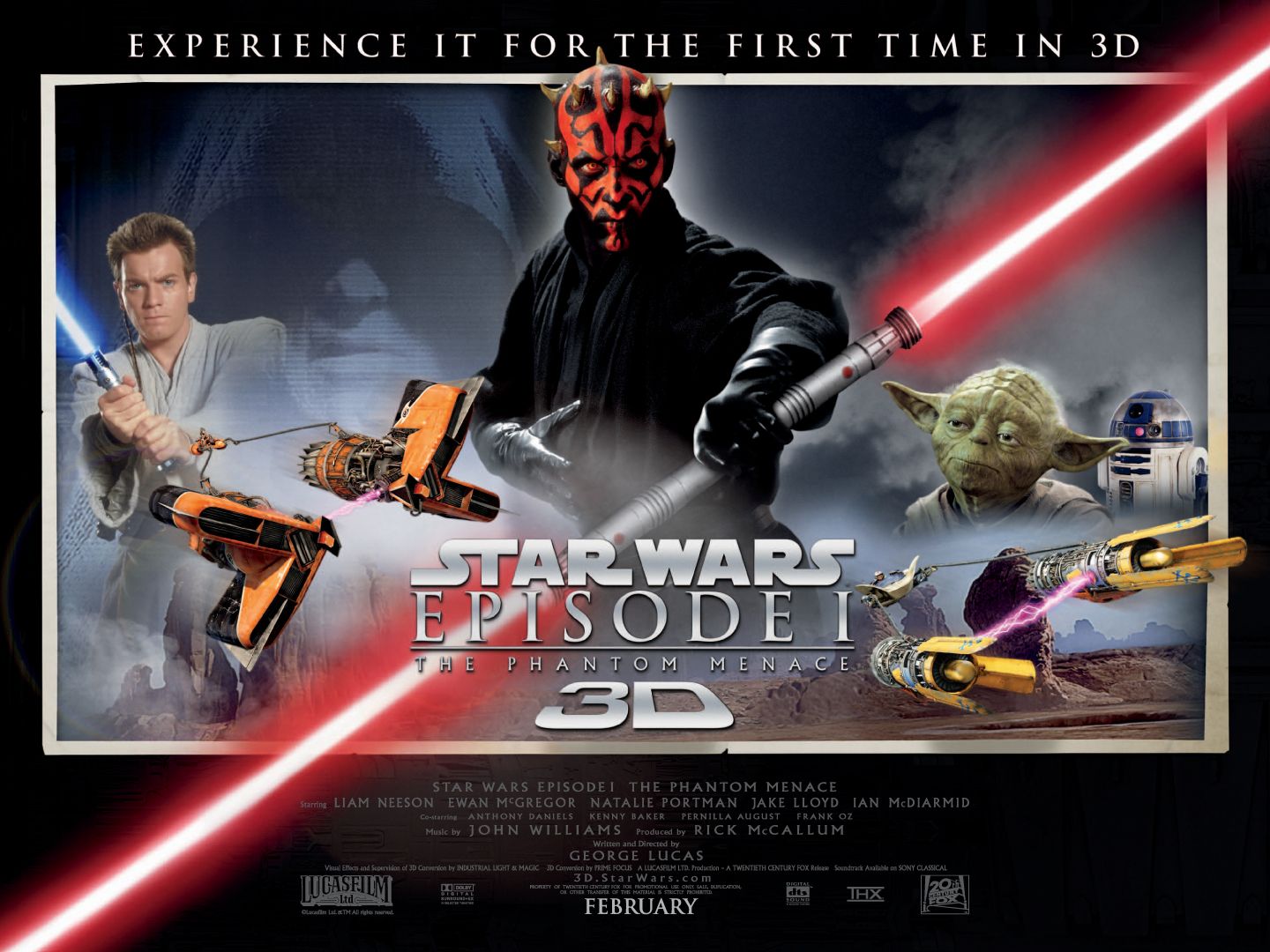 Thanks to Fox, we had the chance to see the re-release in 3D of Star Wars: Episode I – The Phantom Menace 3D before its Australian cinematic release. This is our review of the film – but as usual – no matter what we say, we recommend that you still go to your local cinema and see the film because: There is no better critic than yourself!

Many years passed since we saw for the first time the come back of Star Wars to the big screen, with Episode 1 ‘The Phantom Menace’ a very controversial film that many die-hard fans hated it while others just loved it. However, Star Wars is “Star Wars” and no matter what is a money machine that apparently will never stop, so for that reason there was so much expectation regarding the 3D re-release of the films, starting for Episode 1 a re-lease that unfortunately didn’t aim what we wanted to see, as we expected a flawless conversion with flying spaceships and podracers going off the screen, something that never happened.

It’s weird to see a re-release in 3D with not much 3D on it, pretty much the opening text scrolling was the best 3D in the entire film, with just some small glimpses in few action scenes, making the whole experience very disappointing, especially thinking in LucasFilm, who pride themselves on state-of-the-art technology. However, despite the fact of the 3D, the film shows extended sequences that were only included in the recent Blu-Ray release, such as the extended podracers race and even with the participation of the CGI Yoda, replacing the original Puppet on the film.

Regarding the film itself is not much that we can say, as we wont analyze it as pretty much the entire world already saw it before, so we will leave that part of this review to you at 100%….However, we only can say that “your favorite character” Jar Jar Binks is still on the film, and was not deleted as so many of you dreamed, as well as the young Anakin Skywalker (Jake Lloyd) and his “ups” quotes.

Our personal feeling as Star Wars fans is that this film is targeting new and potential Star Wars fans and young generations in order to get them in the franchise making them able to experience Star Wars in cinemas, with crystal clear images and amazing sound.

Star Wars: Episode I – The Phantom Menace 3D is released in Australia on 9 February 2012