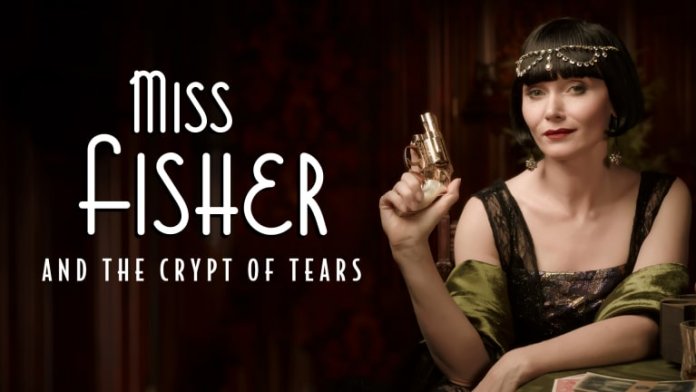 Thanks to Roadshow Films, The Spotlight Report attended the Sydney Premiere of Miss Fisher and the Crypt of Tears at the decadent Hayden Orpheum Picture Palace. This film brings the stars of the acclaimed Miss Fisher television series to the silver screen! Spotlight Report spoke to the stars of the film Essie Davies and Nathan Page to discuss returning to their iconic characters, the allure of the 1920s aesthetic and shooting in Morocco. 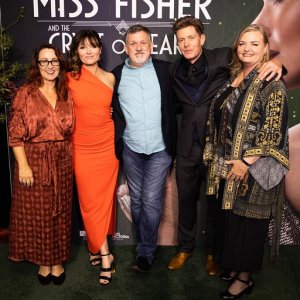 What was is like to reunite for a film with your cast and crew?

The cast and the crew are super delightful people so it was always glorious for us to come together, we always cannot stop laughing when we are together. No matter how frustrating or hard working we all had to be, it was always filled with love, joy and silliness.

In the film the decade is the late 20s, what is the appeal of the 20s/30s aesthetic?

Its incredibly aesthetic, it had a great deal of super classy design, beautiful fabrics, real detail and men dressed imbecility which of course is very attractive. Phryne Fisher always dresses with aplomb and always for herself first and foremost. I think there is so much beauty in this world and in this 1929 world. Everything has gone a little bit cost effective in our particular century I think sadly. In the 1920s and the early 30s, the buildings, the outfits that element of design and eye for detail, will last for centuries. I don’t know that anything in our 2020s climate will last more than 10 years.

What was it like getting back into the world of Miss Fisher and transferring the television series to film?

It was pretty easy because I get to work with Essie Davis, there are no problems we love each other wonderfully so its so easy. The difference I think was once you transfer it from the small screen to the silver screen and you go to Morocco and you have this expansive field in this chaos. It was so much fun and there in lies the difference. I think in a lot of ways, that is a lot to do with Roger Lanson the DOP because he just shot the TV 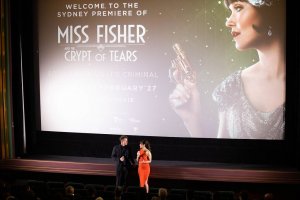 series in such a way that it was film. There was so much detail to it so it was a natural transformation into film.

Any particular moments to fans should look out for, any moments that resonated while you were filming

Well I don’t know, I don’t want to give away any spoilers.