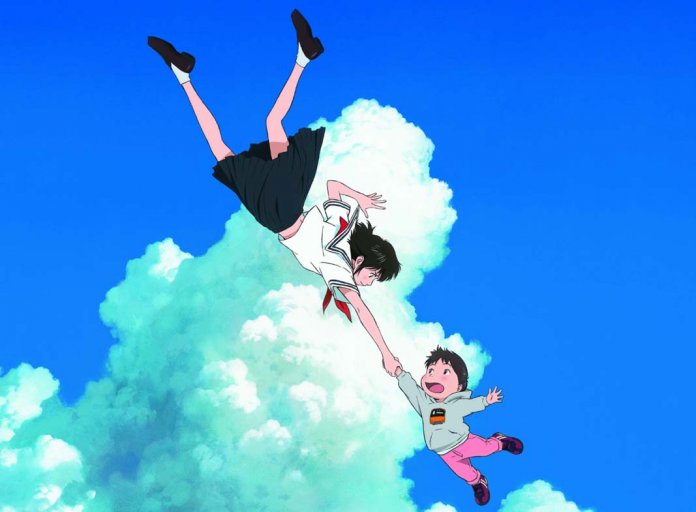 ‘Mirai’ tells the story of your typical average Japanese family and the changes it experiences after the arrival of a newborn baby. We are introduced to four year-old toddler Kun, whose word is turned upside down as he learns to deal with the challenges of having a little sister.

To make matters worse for little Kun, his mother decides to go back to work, leaving his self-employed dad to run the house and look after the two of them. All these changes ignite jealousy, leading to Kun storming out to the garden, where magical things begin to happen that lift his family’s story from the mundane to the fantastic. 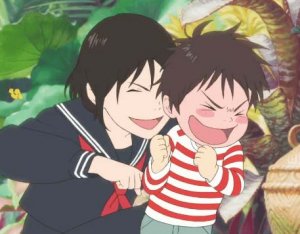 Mirai’ is a humble story centered on family values that will to steal the heart of young and old viewers. The storytelling and sheer craftsmanship of the animation utilise a simplicity that is uncanny, especially because the whole story is told trough the eyes of four year-old kid and his irritation at having to share the love of his parents with his newborn little sister, a situation that many of us can relate to as parents or siblings.

The film also adds some bits of true magic, as Kun finds himself talking to his dog, travelling in time to meet his great grandfather and even interacting with his sister in the future. It’s a beautiful journey of self discovery with a strong focus on family.

Overall, ‘Mirai’ is another cinematic triumph by Mamoru Hosoda and Studio Chizu, and it has all the positive vibes of iconic Ghibli films, but with fresh new creative minds that prove that sometimes the simplest stories can be the most meaningful ones.

The Blu-ray release is also packed with superb extras including interviews with director Mamoru Hosoda, a behind the scenes visit to Studio Chizu, promotional clips, Cannes premiere and a superb feature with the director visiting the Toyoma Prefecture, showcasing some locations that inspired this and other films of his.

‘Mirai’ is now available on Blu-Ray and DVD. Get your copy here.