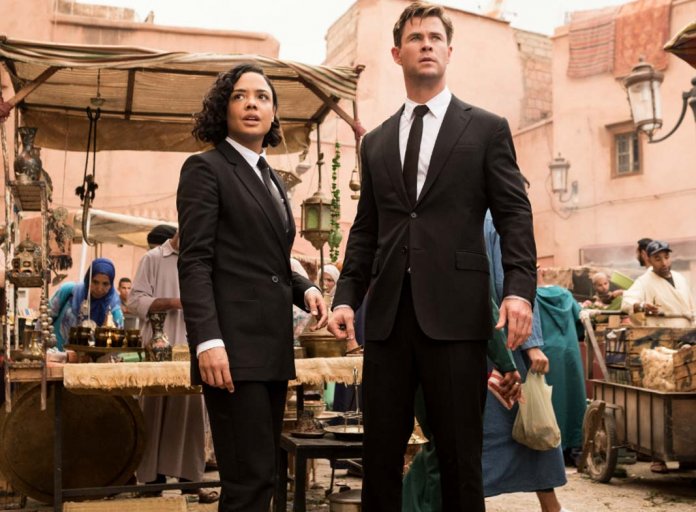 Men in Black: International is the fourth installment in the Men in Black series. After the 1997 original’s breakout hit thanks to the fantastic comic chemistry between the stoic, curt Tommy Lee Jones and arrogant, smack-talking Will Smith. Does this Smith-and-Jones-free sequel capture the magic of the original? 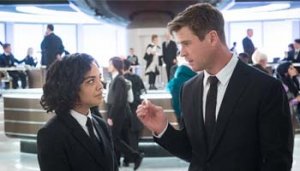 Young Molly (Tessa Thompson) sees her parents neuralysed by some Men in Black agents after spotting an alien, and becomes obsessed with all things extra-terrestrial and Men in Black. When she ends up joining the organisation, she starts working with hotshot Agent H (Chris Hemsworth) and together they uncover a plot that threatens the planet.

This film treads a lot of the same ground as the original, keeping the same general plot beats, but lacks some of that film’s novelty value. The cast, including veterans like Emma Thompson and Liam Neeson, is effortless and makes the running time whiz by. Tessa Thompson doesn’t try to reprise Smith’s attitude, thank heavens, and gives a shaded performance that progresses convincingly from initial vulnerability to confidence. Hemsworth plays his part with an amusingly fatuous savoir faire, and his pratfalls are well-earned. Together, however, they lack comic chemistry. 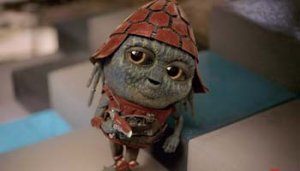 Comedy, in general, suffers in this film. Many jokes are obvious and telegraphed, most fall flat and generate at most a mild chuckle.This isn’t helped by the addition of a tiny alien named Pawny (voiced by Kumail Nanjiani) who acts as unnecessary comic relief by stating the obvious over and over again. This character isn’t entirely grating – he’s no Jar Jar Binks – but the film would really have benefitted if he’d played things straight instead of wisecracking.

What really stands out is the creature and set design, which is absolutely stellar. There’s a visual playfulness to these films that’s generally worth the price of admission, and director F. Gary Gray takes his inspiration from Barry Sonnenfeld and runs with it. There’s always something fun going on and it’s hard not to want to live in the film’s world. With one exception: the conspicuous mid-film replacement of a classic Jaguar (MiB-ified, naturally) by the latest Lexus hotrod, commented upon favourably by the cast. It’s so blatant it almost hurts to witness it.

Men in Black: International doesn’t really live up to the original. It’s a mildly amusing but utterly forgettable installment in the franchise. It’s churlish to give it a poor rating because it’s not actually bad, but don’t go in expecting anything great. It’s just pleasant.