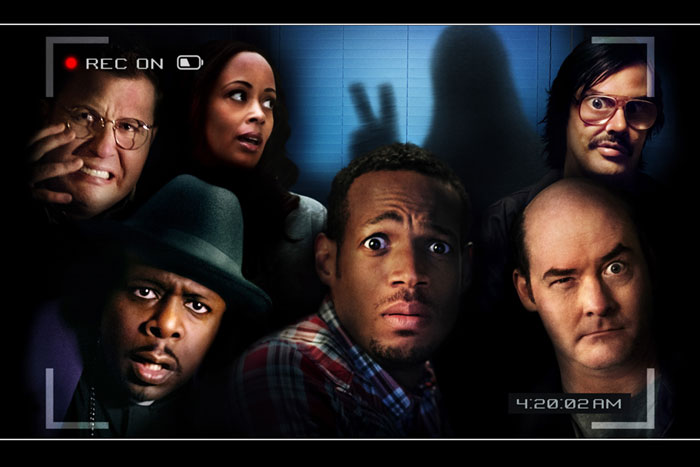 Marlon Wayans, the comic genius creator of Scary Movie and White Chicks, will introduce a special preview screening of his new film A HAUNTED HOUSE at 8.30pm on Tuesday May 14 at Hoyts Broadway.

This will be Marlon’s first public appearance in Sydney, ahead of the national sell-out Wayans Brothers comedy tour, which also stars is broter Shawn.

A HAUNTED HOUSE will be released by Transmission Films in cinemas across the country on May 30, following the film’s phenomenal success in the US where it has taken more than $US55 at the box office.

In an outrageous send-up of the Paranormal Activity movies, The Devil Inside and other “found footage” movies, A HAUNTED HOUSE follows a young couple battling with their demons – literally. When overactive man-child Malcolm (Marlon Wayans) takes the plunge and asks girlfriend Keisha (Essence Atkins) to move into his house, they quickly sense they’re no longer alone. But it’s not the house that’s haunted, it’s Keisha who is possessed by a demon. Malcolm hires everyone from an ex- con priest (Cedric the Entertainer) to modern-day ghostbusters to rid her of this unwelcome intruder, determined not to let the evil spirit ruin his relationship… Or, more importantly, his sex life.

Tickets to the May 14 Sydney preview are available at:
hoyts.com.au or at the Box Office