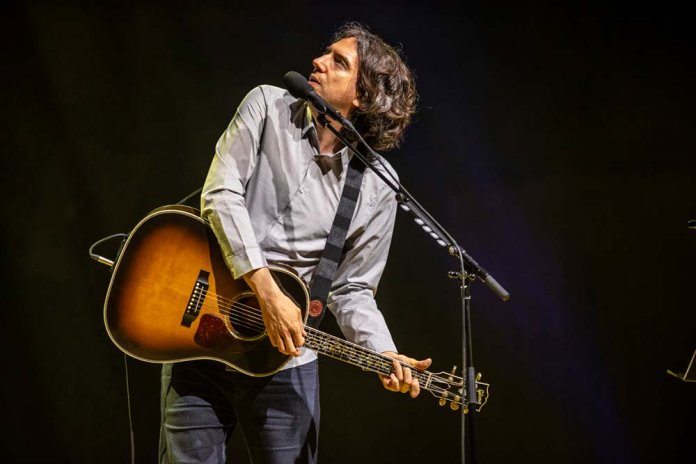 SNOW PATROL SOLD OUT! It seemed like everyone had Sunday marked on their calendar for Snow Patrol. Well certainly enough to hang the “Sold Out” sign up at the Opera House. It was the perfect plan for Sunday as the weather was absolutely freezing – very apt…

Ryan McMullan, a new young talent from Portaferry, a small town in Northern Ireland was the supporter. He sang a few songs, just him on the stage playing the piano and then his acoustic guitar giving us an idea of what we should expect from the rest of the show. His set was really intimate, raw and personal. 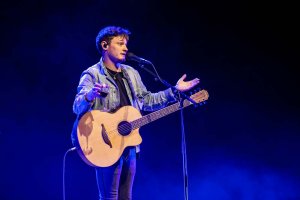 He explained to the audience how special being on tour with Snow Patrol was for him, not only as a supporter but actually being part of the band. Ryan is playing the piano with Gary Lightbody and Nathan Connolly standing in for Johnny McDaid. He tell us he knows it is just for a bunch of shows and despite the fact he is playing songs written when he was ten years old, his performance was perfect.

After a few songs Gary re-introduced the young musician to the audience, and told us how quickly he had learnt the whole repertoire. Opera House’s gain was Glastonbury’s loss as Snow Patrol cancelled their appearance earlier in the year due to McDaid’s surgery.

The show continued hit after hit, every song played beautifully with Gary’s distinctive voice shining right through. The show had great moments. The first being when the audience surrounding the stage at the back was invited to sing the chorus acting as an actual choir with the song “You’re Old I Have”, giving us goosebumps on top of goosebumps.

Then when Gary played alone during the last part of the show he sang their most famous songs and the audience couldn’t resist standing up, clapping their hands, singing as loud as they could, dancing and enjoying the show to its fullest.

I have to admit I didn’t follow Snow Patrol back in the day but what I saw yesterday was incredible. The Opera House full of fans enjoying every note as if it was the last time they were going to see Snow Patrol playing next to them. And that’s the point, you never know, but I’m sure last night’s show will be remembered for a long time.