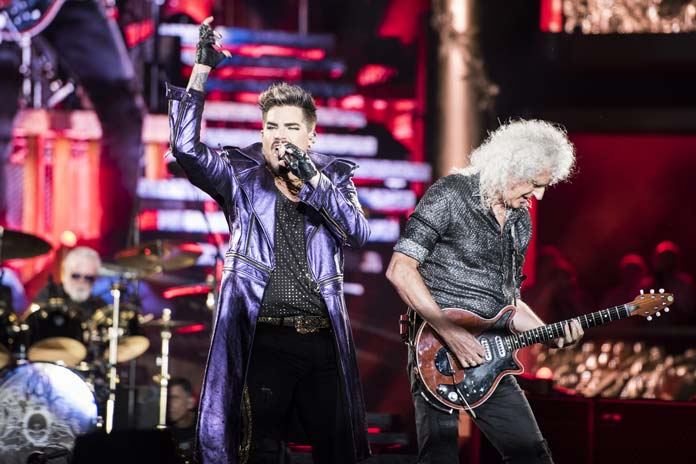 At 9pm on Saturday 15th February, Queen and Adam Lambert took to the ANZ Stadium stage in Sydney to thunderous applause. Applause which rivalled the sound of the earlier storm and wiped it from our minds. Not even the downpour could ruin the mood. We’d had thunderbolts and lightning but not one person was scared away from having a good time. As always, Queen’s music and Adam’s vocals were flawless. As flawless as they had been in soundcheck earlier that afternoon.

Performing together for eight years now, as Adam reminded the crowd, they clearly work well together. Queen has found itself possibly the only person who could have taken on Freddie Mercury’s legacy, but Adam was quick to remind the crowd that there was only one Freddie Mercury and thanked everyone for letting him have this opportunity to celebrate the legend that was Freddie Mercury. 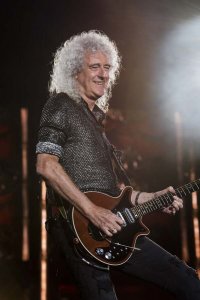 Fan favourites included “Killer Queen”, “Don’t Stop Me Now” and “Fat Bottomed Girls”, and even the crowd sounded pretty damn good singing along, but the real highlight – sorry, Adam – came during Brian May’s performance of “Love of My Life”. While the crowd lit up the stadium with their lights, Freddie Mercury appeared on screen to close out the beautiful song. It was a powerful and emotional moment and is a great way to keep his spirit alive.

The effects were out of this world – literally in some cases – with Brian May launched into the air and surrounded by hanging planets and visuals for his epic guitar solo.

While every single song was amazing and the crowd did not stop singing once – even during covers of Led Zeppelin and Elvis – other obvious highlights were their performances of “Radio Ga Ga”, “I Want to Break Free” “Under Pressure” and “Bohemian Rhapsody”. For “Bohemian Rhapsody”, Adam shared the vocals with recordings of Freddie and the performance was perfect. Queen + Adam Lambert have been called “the ultimate Queen cover band” and I think that’s kind of accurate. They’ll never fully be Queen without Freddie Mercury, but they come as close as possible.

They opened the encore with footage of Freddie’s famous “Ay oh” chant, and the crowd didn’t miss a beat. This interaction made it feel like he was still here with us. Queen have kept his legacy alive long after he left us. They closed the night with “We Will Rock You” and “We Are The Champions”. Leaving us, as always, wanting more.

While the show they put on did not differ very much from their last Sydney show, it did not matter one bit. Seeing Freddie on the screen, belting out their greatest hits, and sharing the night with the iconic band made it fun for first timers and returning fans alike. A brilliant performance that I will always remember! Thank you Queen and Adam Lambert (and Freddie) for one of the greatest concerts we have seen!

Check some postcards of the show below: