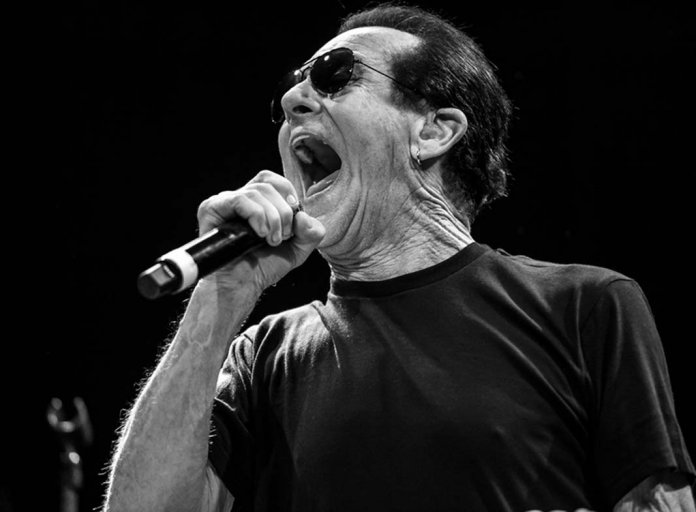 Sydney Uni’s Manning Bar started to slowly fill from 8pm with long-haired rockers ready to listen to Graham Bonnet and his band Alcatrazz play hits from across his 40 plus year career including Rainbow’s first post-Dio album ‘Down to Earth’ in full, with hits such as ‘Lost in Hollywood’, ‘Danger Zone’ and ‘Since you’ve been Gone’.

Self-proclaimed acid rockers Sabire opened the night for us. A relatively new band, the big hair and skin tight studded lycra of charismatic lead singer Scarlett Monastyrski was straight from the 70’s – and if you didn’t know any different, you could have been back there with them. Commanding attention, the short, fun set was full of synchronised moves and fast paced catchy lyrics from their 2018 album ‘Gates Ajar’.

In sharp contrast, heavy metal band Darker Half took to the stage shortly after to play to the growing crowd. With longer songs and atmospheric build ups they played a tight and confident set– not surprising as these guys have been together since high school.
On what was the last night of their three night Australian tour, Graham Bonnet and Alcatrazz came on for an epic two hour set just after 10pm.

Instantly recognisable in his signature biker jacket and aviators, Bonnet walked onto the stage to the sound of applause. 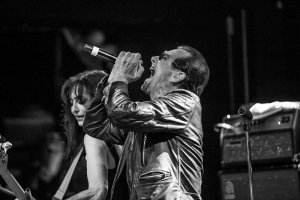 This living legend has played in bands like Rainbow, Michael Schenker Group and Impellitteri so we already know we are in for a treat. Sounding just as good as back in the day, at age 71 he hasn’t lost it. The vocals are still so strong and so is that English rocker swagger attitude!

…And then there is Alcatrazz. Where do you start with these guys? Newly reformed, together they bring the influence and incarnations of many great rock and metal bands and it shows.

There are times where they take the centre stage with drum and guitar solos – played with teeth- thank you Joe Stump, and the harmonising vocals of bass guitarist Beth-Ami that really add another layer and depth, complementing Bonnet’s.

Together they gave us showmanship and key changes and everything we love about 1980’s rock.

And how about that moment when we all sang along to Since you’ve been gone…certainly a highlight but one in amongst a heap of others like the acoustic set including his country rock hit It’s all over now, Baby Blue which had a lot of the crowd singing and swaying together.

Really, we got a bit of everything from the past 40 odd years – which is why as Bonnet even said, he was surprised he could remember all of the lyrics! I wouldn’t worry Graham – the crowd would support you all the way! All in all this was an intimate gig for a dedicated fan base who were treated to stories, songs and a promise of a return to Australia… Graham Bonnet we are holding you to that!