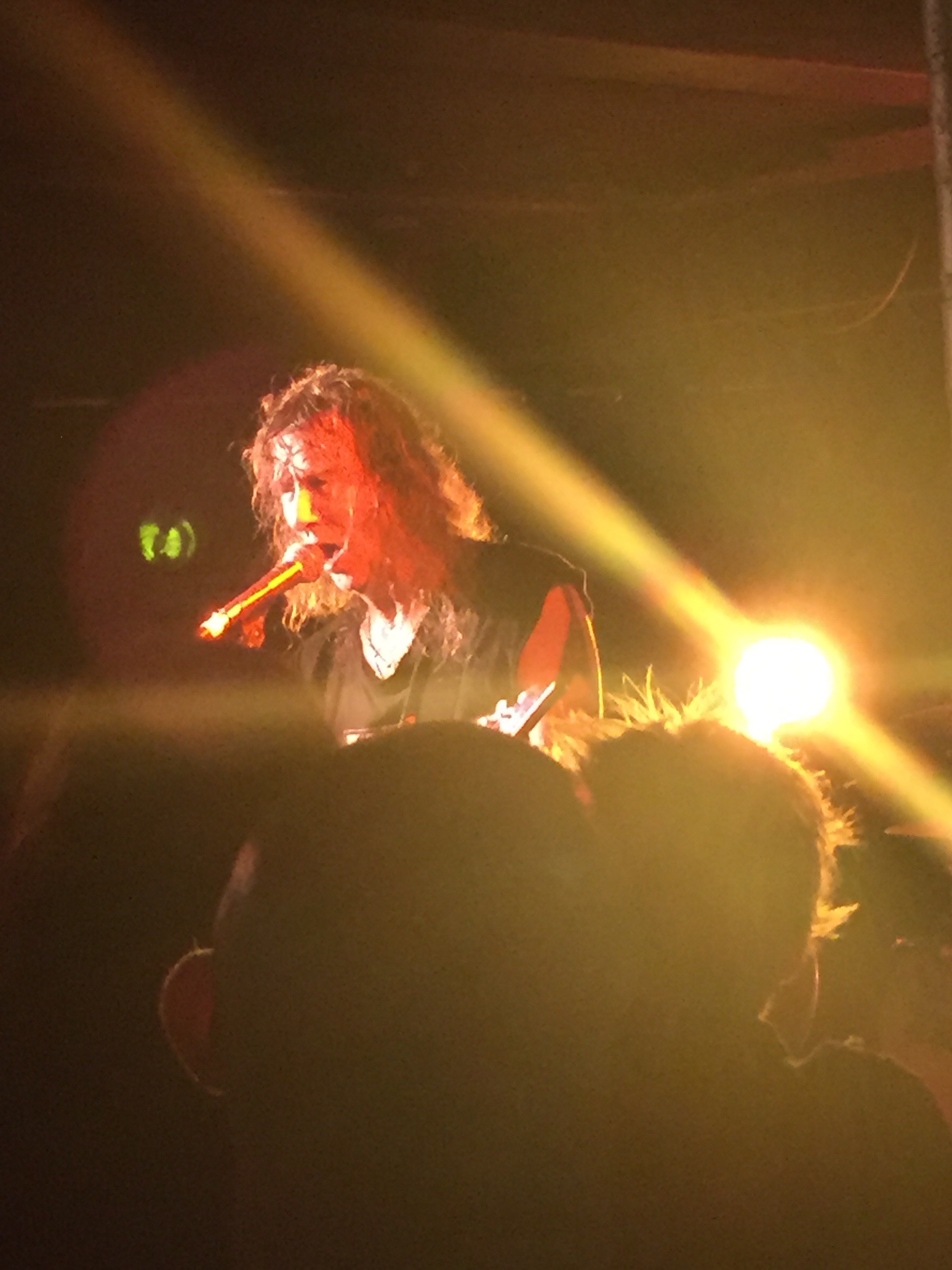 Illustrious Canadian metal trio Anvil thoroughly tore up the Crowbar’s stage last night for the first show of their 40th Anniversary Tour (Oz leg). Kicking things off with perennial fave March of the Crabs the guys proceeded to work their way through a satisfying setlist incorporating classic tunes, such as School Love, Ooh Baby, and Winged Assassins, as well as more recent material from last year’s Anvil is Anvil (their sixteenth studio album just by the way). Amicable frontman Steve ‘Lips’ Kudlow engaged the crowd with entertaining anecdotes between songs. At one point, he joked about the band’s notorious 2008 biopic, the Spinal Tap-esque Anvil! The Story of Anvil. Amazed by the resurgence spawned by the doco, Kudlow also admitted getting a kick out of Ozzy Osbourne telling him it was ‘fookin’ inspirational’. Kudlow also acknowledged the passing and musical contributions of Chuck Berry and his old associate, Lemmy Kilmister (to whom he dedicated Free as the Wind). Kudlow’s admiration for the beloved Motörhead singer was evident as he reminisced about the early days and Kilmister’s inviting him to join the band (Anvil were just taking off at the time).

The spirited punters lapped up the show, crowd surfing and registering their enthusiasm with roars of appreciation throughout. Apart from the sheer joy of seeing the metal veterans playing their classic tracks live, highlights included spectacular renditions of This is Thirteen and Badass Rock ‘n’ Roll and a rousing performance of Daggers and Rum that had the crowd rowdily singing along.

Towards the end of the night, drummer Robb Reiner cut loose with his majestic Swing Thing drum solo–a display of epic proportions. Truly, that guy has to be seen to be believed. And for their part, Kudlow and bassist Chris Robertson are certainly no slouches in the chops dept. Kudlow launched into a slew of blazing solos throughout the set, evidence of both his technical dexterity and dedication to his craft.

All in all, the first show of Anvil’s Aussie tour run was the perfect antidote to the humpday blues and a great opportunity to bask in the glory of solid, masterfully performed, and hugely, hugely entertaining classic metal. If you’re interstate and reading this, I highly recommend that you get along and see them when they hit your city. After all, as Kudlow cheerfully reminded us last night, ‘Metal knows no fuckin’ age, maaan!’ Too right.