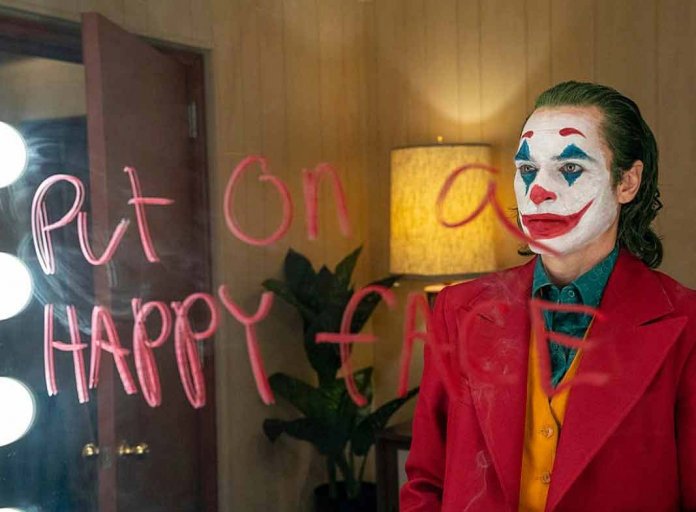 Todd Phillips‘ Joker is a genuine cinematic surprise. Joaquin Phoenix turns in a performance so spellbinding that the story’s connection to the Batman series is the least interesting thing about it. 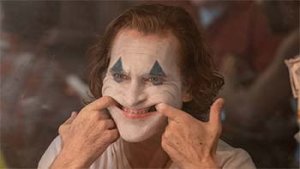 Arthur Fleck (Phoenix) is a mentally unstable man who lives with his housebound mother (Frances Conroy) and performs as a clown to earn a little money. He dreams of being a standup, but his intense awkwardness and a sense of humour that only makes sense to him are in the way. Set in a Gotham that recalls late 1970s New York, with piles of trash everywhere and a budgetary crisis that’s ruining countless lives, this is a bleak, uncomfortable and riveting film.

The story peels layer after layer of delusion from Arthur, but it’s clear that the monster he’s becoming has always been in there. Fleck is the victim of neglect, mental illness and violence, but where a worse movie would make you cheer on his revenge, this movie sickens you with it. This is a not a film that wants you to sympathise with its character so much as involve you in something going horribly wrong at every stage. The film doesn’t pick sides between the poor and the rich in Gotham. It’s not happy with something as simplistic as picking a side in the nature versus nurture argument, but rather how a terrible environment can bring out the worst in people and just how bad the worst in people can really be. 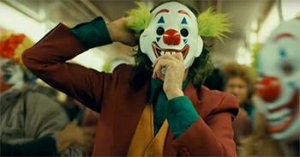 While the film is visually striking, with lusciously gritty urban decay in a slightly claustrophic aspect ratio, and has an edge-of-your-seat score that references Zimmer and Howard’s Joker theme from the Dark Knight, the majority of the credit in this film’s success belongs to Phoenix’s performance. He wrings every ounce of discomfort from his gaunt frame and, when his meekness fails, his barely contained rage oozes from his eyes. When he tries to emanate confidence through body-language it’s almost unbearable to watch, but as he gradually metamorphoses into the Joker, the same mannerisms become demonic and intimidating. What Phoenix and Phillips have done here isn’t to reinvent the Joker’s origins as much as they’ve managed to make a plausible Joker from a convincing human being.

One of the remarkable things about the film is its complete refusal to pander to comic fans’ expectations. But, if you are a comic fan: DON’T PANIC. The film doesn’t “ruin” anything. If you felt the Joker needed to maintain his mysterious background, this film adds specifics that don’t spoil that. The sheer lack of fanservice is a near miracle, and keeps the film’s themes and purpose strongly in focus.

So, should you see Joker? Yes! This is a comic book movie that isn’t hemmed in by the limits of comic book movies at all. It feels like a long-awaited return to thoughtful mainstream cinema like Taxi Driver or Fight Club, and Joaquin Phoenix‘s performance is so good it’s almost supernatural.