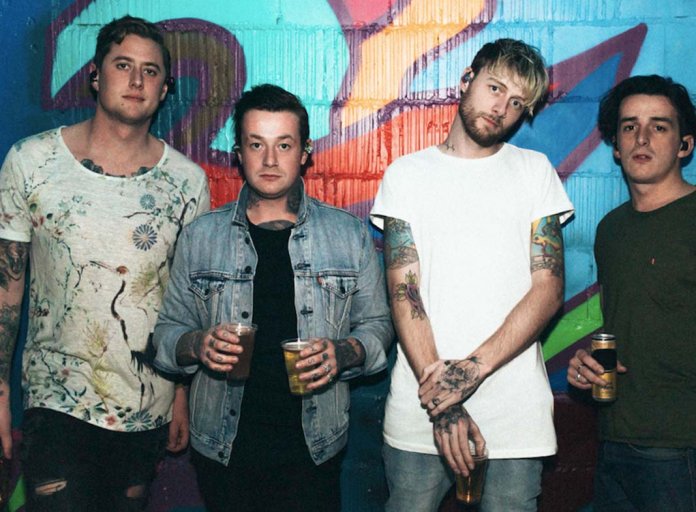 To find out more about the tour and their latest album, we had the chance to chat with the band’s guitarist Matthew Veck-Gilodi.

SR. Deaf Havana was last here to support Placebo. It obviously went well, because you’re returning in August. Are you guys excited?

Yes we cannot wait! We’ve had some great times in Australia before and we’re all super
excited to have some more!

SR. This will be your first time headlining Australia. What can we expect?

You can expect a real mix of sad songs to sing along to and songs to dance to! It’s going to
be a lot of fun!

SR. What are you most looking forward to seeing or doing while you’re here?

Mainly just experiencing everything! It’s crazy that we get to explore the world from playing music, so we can’t wait to explore more of Australia.

SR. Your latest album, Rituals, has been described as “an evolution”. Can you tell us a bit more about the inspiration?

It’s a real evolution in sound in that we’ve used different sounds and textures to the ones
we would normally use on records gone by. We just wanted to do things a little differently
and not change ant songs to sound more “rocky” or guitar oriented. It was quite freeing
creatively.

SR. You’ve called the album “the most creative thing we’ve done”. What was the creative process behind Rituals?

I think it was the first time that we really pushed ourselves to work whilst writing and
recording Rituals. We didn’t have any of the songs fully formed going into the studio, so
we’d really spend each day working on the songs and seeing where they would take us. We
really didn’t put a limit or a “genre” on what the songs should sound like, so if a song
sounded much poppier than we anticipated we just ran with it instead of trying to force it to sound a certain way, which was great for us creatively.

SR. Deaf Havana is known for changing your sound rather than having one specific sound. Was this a conscious decision or something more natural?

It’s never really been a conscious decision for us at all, it stems from us having such broad
music tastes and really wanting to explore where we can go. We don’t want to release the
same record over and over, we want to be excited by what we are creating because if we
are, then it’s going to be more exciting for our fans listening to the music.

SR. This change of sound comes with different genre labels from hardcore all the way through to “hard pop”. How do you feel about these labels? Would you be happier if there were no labels at all?

I personally would be happier without these labels, because I think they can be really
creatively constrictive. As soon as a label is put on your music there is a certain expectation of what your band is and what your music should sound like, which isn’t conducive to making music. So I’m not overly fond of them no!

SR. You’ve previously called Rituals the most miserable record you’ve ever written, but it’s also an album that is great to dance to. Did you always intend to have these dark ideas contrasted against the pop sound?

I love the juxtaposition of dark and sad lyrics to music that sounds much more upbeat – it
creates this conflict for the listener which I find so intriguing and engaging. It’s something we love about music and it’s something we wanted to create within Rituals for sure.

SR. And on the subject of these dark lyrics: how did you feel about sharing some of your darkest moments? Was it daunting at all?

I think it was daunting for James to share some things on this record, but a huge facet of our band is the honesty we have in our lyrics and music and attitudes and that honesty is a huge part of what makes Rituals the album that it is.

SR. You’ve said the album is 70% truth and the rest is exaggeration for drama – how did you find this balance?

SR. How would you summarise the album in just a few words?

SR. Do you have any final words for your Australian fans?

We cannot wait to see you, come out to a show and lets have a sing, a dance and a right
laugh!

TICKETS ON SALE NOW via DESTROY ALL LINES 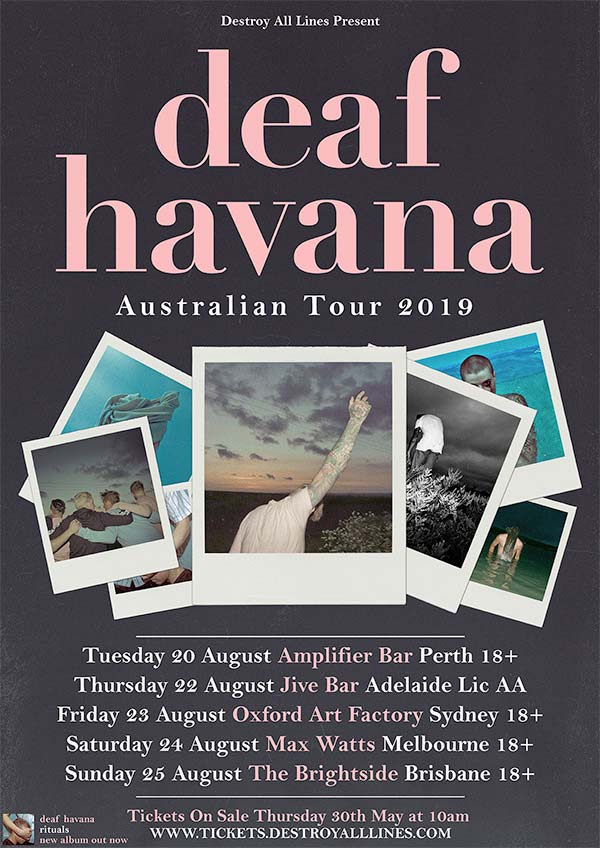