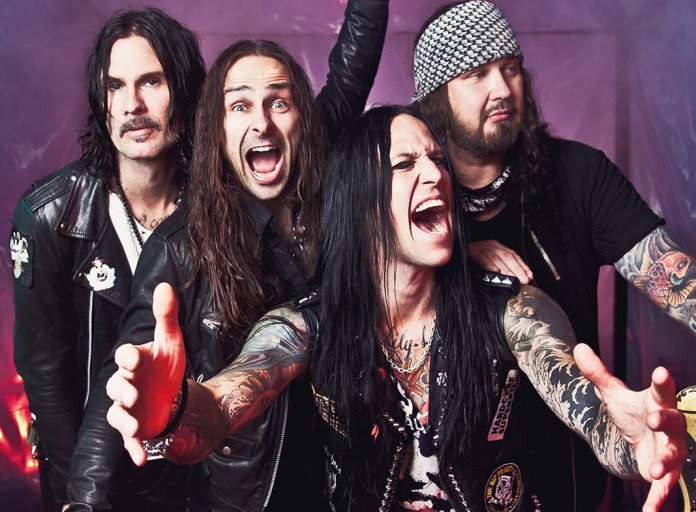 We had an interview with Joakim ‘Jocke’ Borge of Hardcore Superstar ahead of the bands upcoming Australian tour in October alongside the mighty American rock group BuckCherry whom they have shared a tour bus or two with in the past, we reminisce on some of the pairs past times together on the road and discuss the possibility of a new album also (which is definetely on the horizon amidst their full on touring schedule) and rocking conquest of planet earth.

SR. Is there anything you will be pushing heavily music wise during your shows or are you just going along for the ride rocking out a mix of your past works and having fun?

Just coming over to have a bloody good time.

SR. Tell us a memory from your last time here in Australia. That was last year, what went down while you were here man?

We went to see Sydney Zoo and we held this reptile, yeah, we had a little VIP backstage with the dangerous reptiles you know the snakes and the lizards and stuff. In Sydney Zoo we got a VIP treatment.

That was f*cking awesome and I remember when we arrived at the airport in Sydney, Dani from Silverback Touring said ‘look at that’ and pointed behind a fence, there was like 200 kangaroos running and I was like ‘what the f*ck, I love Australia’, we all do now.

SR. You’ve been flat out on the road, but have you been writing much new music?

No no no, *laughs* we’re starting to write songs for the next album now, so hopefully we will have a new single out by January. We are working constantly for now at that so yeah, stay tuned.

SR. Do you have a name for the next album as yet?

I can’t reveal anything, but we have started to write the songs, and it’s all sounding heavier than on the last album.

SR. Can you tell us something that happened on tour with the other lads, a story of one of your past experiences while on tour with Buckcherry.

Yeah, so one time there tour bus broke down and they had to stay in our bus for the night, so the former guitar player (Keith Nelson) *laughs* well, I woke up early in the morning one day in my tour bunk, and then I got his ass in my face and he just farted in my face and laughed at me, it stunk, I will always remember his ass and his fart and his weird makeup so, that’s a story for you all…

SR. It’s a rock n roll wake up I suppose, was it a smelly fart too?

Yeah, I can still smell it. He ate something that no human should eat.

SR. What else would you like to say to your fans here in Australia that look forward to seeing you play here down under very soon?

Thank you for all of the support. 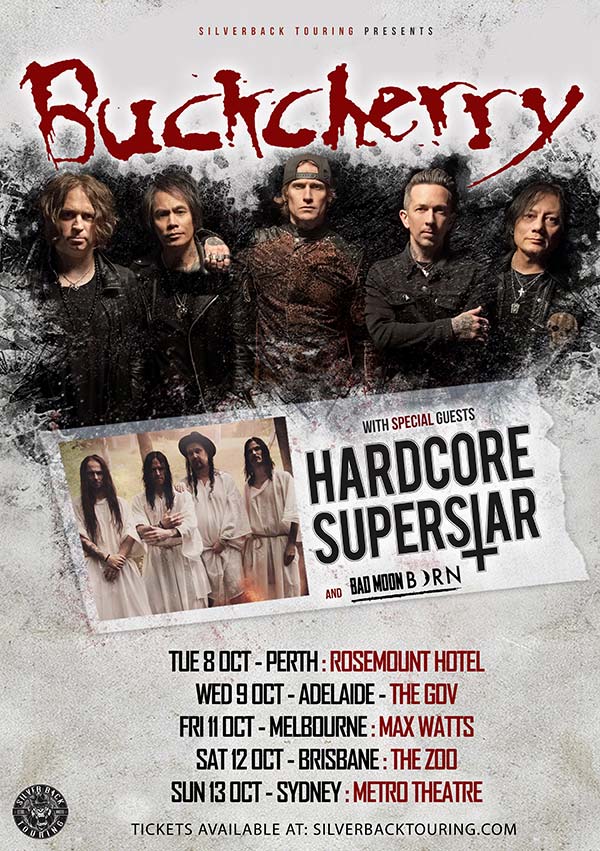