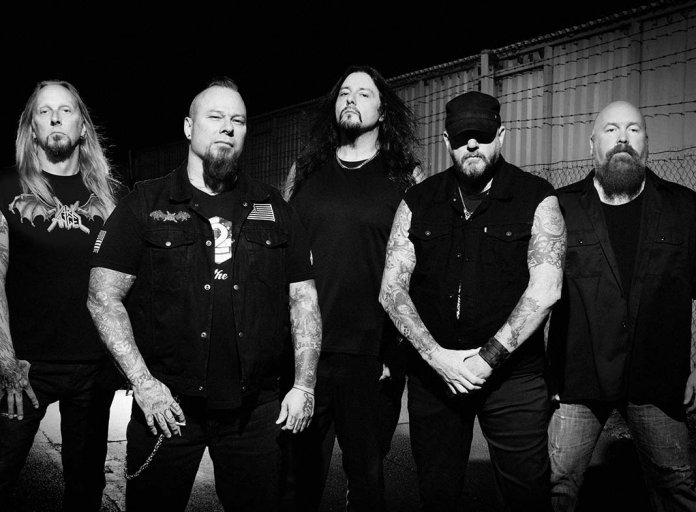 We have a chat with Gene Hoglan the legendary drummer of the almighty and reformed band known as Dark Angel. Gene is not just any old drummer, but the man who almost single-handedly inspired an entire generation of technical metal drummers who would later grow to build on and implement his unique playing style in their own original drumming patterns.

Absolutely, and it’s our very first appearance in Australia, we’re super excited about it, Australia is a great place to play and all the guys in the band are super excited for it. I’ve been to Australia plenty of times over the last 25 years or so myself and you know Australia is always great, they’re super big appreciaters of metal. I’ve always liked that about Australia, there’s certainly excitement built on our end so hopefully it builds that end too, we’re just gonna come down under and kill all of you!

SR. Have you been trying to get over here for some time?

Well, not necessarily with Dark Angel, it was in 2014 or 2015 that we kind of started putting the word out to the street and then we got this offer from Australia finally, so we’d just been trying to schedule in availability for us, because I’m super busy with all the bands that I work with, so it was just trying to find a moment in the schedule ahead of time, finally I had some time available (one whole year away from when it was initially bought up), so now we’re gonna have this first show there. We jumped on the idea straight away and as soon as we could we said ‘let’s do it before something else comes along for one of my other projects’. We started getting set up for it months and months ago now and boy are we ready!

SR. You’re still been pretty flat out with all your other projects at the moment too then?

Absolutely, for instance TESTAMENT just got back from Europe for a tour over there and we’re headed back over to Europe with Testament again also, plus we completed (or at least I completed my part) on a new record which will be released in what I would imagine will be an early 2020 release. Testament also have some shows with DETHKLOK coming up. Also aside from Dethklok itself, Brendan Smalls and myself have a project called ‘Galacticon’ we have been working on seeing as Dethklok had to ‘get removed’ from Europe for a while. But we’re still seeing where the future of DETHKLOK might go, you never know in the future maybe we will even be able to get down to Australia, and I am sure we will in time. Also when I’m at home; me and my wife Lauren have a project that we are super concentrated on that takes up a lot of my time too, we are yet to name the project but we’re excited about that one, with some songs ready for an immediate release, we have been working on it for some time and will continue to work on that. It’s pretty nice to have a life that revolves pretty much solely around music, I’m very fortunate in that regard.

SR. Do you have a favourite Dark Angel song to play live?

Oh gosh, that is a good question, but it’s probably whatever the most challenging song is at the time (that’s not hyper speed), it’s great just to try not to do that these days. Let me tell you, any old Dark Angel stuff was actually recorded very slowly and these days we try to take the pedal off a bit to maintain the integrity of all of our song/s.

SR. What else will you be getting up to while you’re down here in Australia?

Well I’d like to mention I will actually be running a series of drum clinics while I’m down there. Keep an eye on our social media pages for more information in regards to those, as I’m not sure where they will be yet, or the venues they will be in as yet either, but stay tuned and pay attention to the social media pages for more info! The clinics I run are lots of fun, and people ask all sorts of questions that don’t even have anything to do with drums. So you don’t have to be a drunmmer to enjoy the clinics either!

SR. Sounds like something for everybody. Any final messages for your loyal fans down here in Australia that look forward to seeing you here with Dark Angel in September?

Australia, we are so excited again, and by the way we’re all pretty friendly dudes so we hope that everybody there enjoys them self at the shows as much as we do up there. We have a really good time on stage you know and for being as menacing as we supposedly are and the reputation that Dark Angel. has of being a very ‘dark’ band our shows are actually really a lot of fun for everybody. So come out, come down and raise a pint glass up, just enjoy your night, you’re gonna hear some killer thrash metal and everybody should just come out and have a good time. We are looking forward to seeing all of you there! 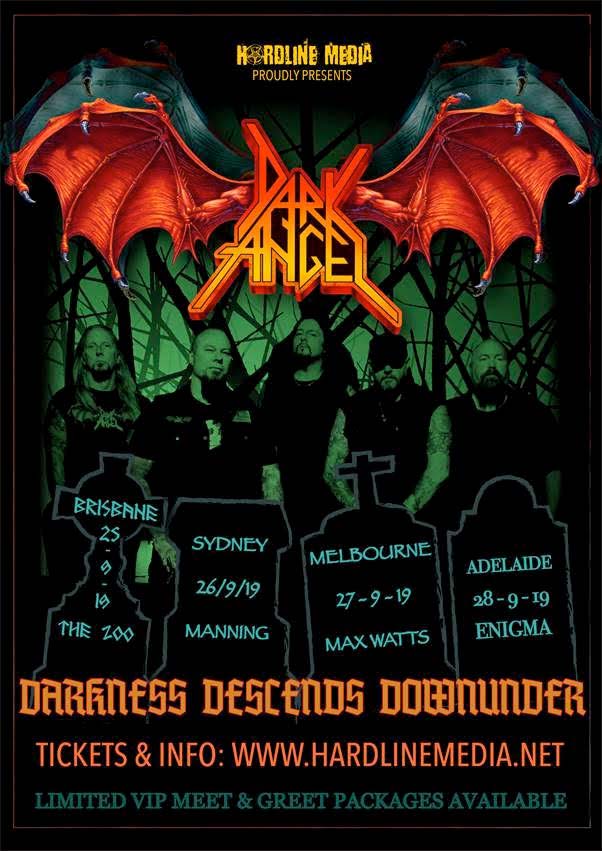 Get your tickets now: hardlinemedia.net/tickets