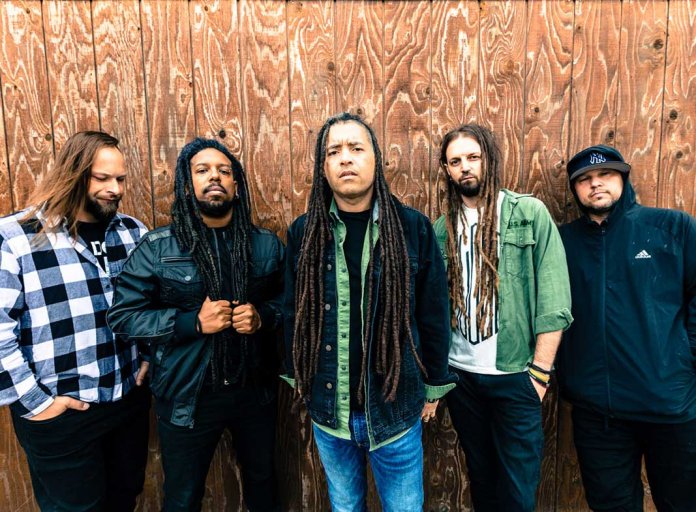 We had a chat with Elias Soriano the vocalist of the American rock band NONPOINT who are touring here in Australia at the moment supporting the mighty renegades and pioneers of the unique sub-genre known as G Punk – Hed PE.

SR. You guys are here touring with Hed PE, you must be pumped to be here in Australia?

Oh yeah, absolutely man. I would move here permanently in a second if you guys would let me!

SR. Have you guys been to Australia before?

Many times and love it every time, it’s expensive to get here but yeah, when we can.

SR. What else has been going on with the band? Up until coming over here…

We just finished up P.O.D. after we come back from Australia we will be heading out with HellYeah to do the celebration of Vinnie Paul’s life tour and after that we have, well it looks like we’re probably going to be setting up something with HIGHWAY TO HERO plus a couple of other bands, it’s going to be a busy year.

SR. So where are you taking off to tour with HELLYEAH ?

Pretty much most of Texas, back down to the east back down south to pretty much the right-hand side of the country.

SR. Yeah, that sound interesting, definitely. What new music have you guys been working on have you got a new album in the works?

Well, we have the new album out it has been well received, we had CHAOS AND EARTHQUAKES come out and it had a great showing and now we’re dropping something else fresh in a couple of days and hoping for amassed views, but you know, all is good…

SR. You’re coming over with Hed Pe, I was going to ask are you going to be getting up on stage on one of their tracks or vice versa at all?

I’m not sure, we have, every once in a while, done that… bands do that so we will see… If I get the invite on the night… of course I will.

SR. What other surprises are in store for fans in Australia?

We got a VIP deal going. So, you know… We’re gonna be up close and personal with them, we’ve never done that before… it’s going to be pretty much go, go, go coz were going from show to show and there’s no days off in between the gigs, we’ve got 5 shows in a row it’s gonna be busy, busy, we’re gonna pack in as much time with our fans as possible there and uh having the opportunity, being up close and personal with them with it not being a festival run is the main attraction and so that’s what they can expect the most from us, getting up close with us.

SR. Will you have much merch available for the tour?

We’ve got a couple of shirts. We’re gonna be bringing our 2 most popular designs over here NONPOINT vs everybody & right now are the most popular ones. We’ll be running those ones.

SR. Do you have a favourite city to tour in Australia?

In Australia? Wow they’re all awesome. I mean Melbourne is definitely beautiful uh there are a lot of great restaurants there and a lot to do, I love Brisbane  there’s a lot of parts of Brisbane that I am absolutely in love with, Sydney is always great, you know it’s Perth and Adelaide that don’t get enough love, so we’re excited to get there as well, so It’s gonna be good. 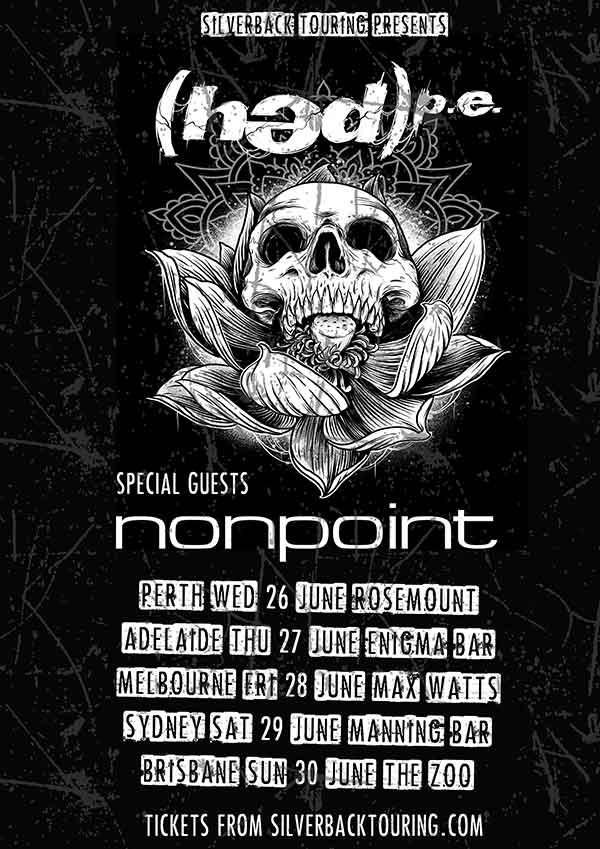 Get your tickets here: silverbacktouring.com.au/hedpe-2019/