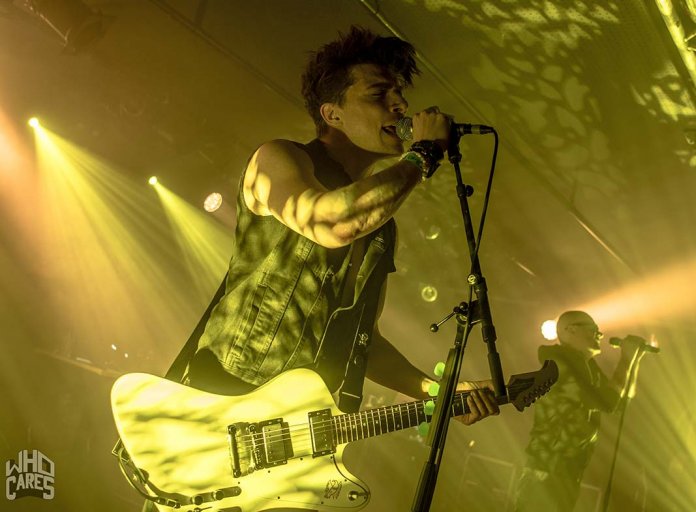 The Sisters of Mercy are currently touring Down Under, and to find out more about their Australian shows we had the chance to chat with the band’s guitarist Ben Christo.

SR. The Australian tour includes Adelaide. Have you played there before?

BC. Well we haven’t played at the Gov before where we are this time, we played at Adelaide once, at the Soundwave festival which was in 2012, Adelaide was the site of one of the events. It was also the place they had a free bar all night for all the bands.

SR. I take it you got pretty tipsy that night? 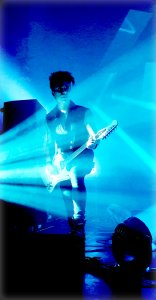 BC. Yeah, well it was really a kind of ‘classic English session’, rather than we will get 1 drink at the bar, we would get 3 drinks each so we didn’t have to come back again and again, there were all these bands there from Limp Bizkit, to Angels and Airwaves, even Lamb of God and Machine Head, what I remember is all of these guys just wanted to meet Andrew Aldridge because they all grew up listening to Sisters of Mercy which was weird to me. Those bands were actually the bands I grew up to listening to, it was all very weird because there was lots of appreciation, another rememberable thing about that festival was that because everyone was getting pretty much the same flights and they were quite small planes there’d be Fred Durst there and the guys from Blink 182 etc so it was pretty surreal.

SR. It must have been a great experience, I’m sure you made lots of great lasting friendships along the way.

BC. There was a band there called Strungout, they were such a big influence on me, I’m good friends now and have stayed friends with the bassist ever since, to the point where he sends me an album before it’s released, it’s great how suddenly you go from my little home town of Bristol to being really close friends with one of your favourite bands.
Tell us a bit more about coming over this time around, tell us about the show you have prepared.

What we’ve been doing so far is a really good cross reference across the bands career plus some completely new songs as well. It’s a good balance. It’s not like were gonna get up there and we’re gonna play all our new record only, no one wants to hear that, it’s a good balance of the 3 classic albums plus some new material that we’ve only really written in the last 6 weeks leading up to the tour. Which is pretty exciting, it is the first time I’ve made a musical contribution for the band so it’s super exciting for me, it’s the first time I’ve been musically involved with writing for the band at all!

SR. Can we expect an EP or a single or a possible album in the future?

BC. That’s an interesting question. As you know about the band, it hasn’t actually released anything since 1993, nothing’s been put to tape, I’ve never had a conversation with Andrew where he has said he will never release something new, at the same time, there’s never been a conversation that says otherwise, what I will say is there’s definetely something happening now, some kind of excitement, which I haven’t felt before which seems like it might be pointing to something more significant happening in this very prolific period of writing within this band.

SR. Whatever will be will be, I did want to ask you as well did you have an input in choosing the support acts across the states?

What often tends to happen with places that are quite far slung from where we are from, the message gets lost along the way about what sort of bands we want to play with us. Suddenly we get support bands that are super goth bands that look like the Addams family has dressed up and come on stage, almost comically, we like it when it’s not too much, it’s not silly, it’s not over the top, we much prefer it when we have bands like we have got on this tour which are more dark & moody but really kind of musically intellectual, so it really works, for the support bands in Australia I’m not sure whose playing by name because I think there were a few suggestions to begin with at first that weren’t really working then Andrew had a bit of a discussion and they were changed but I assume they’re something that Andrew is vibing with. 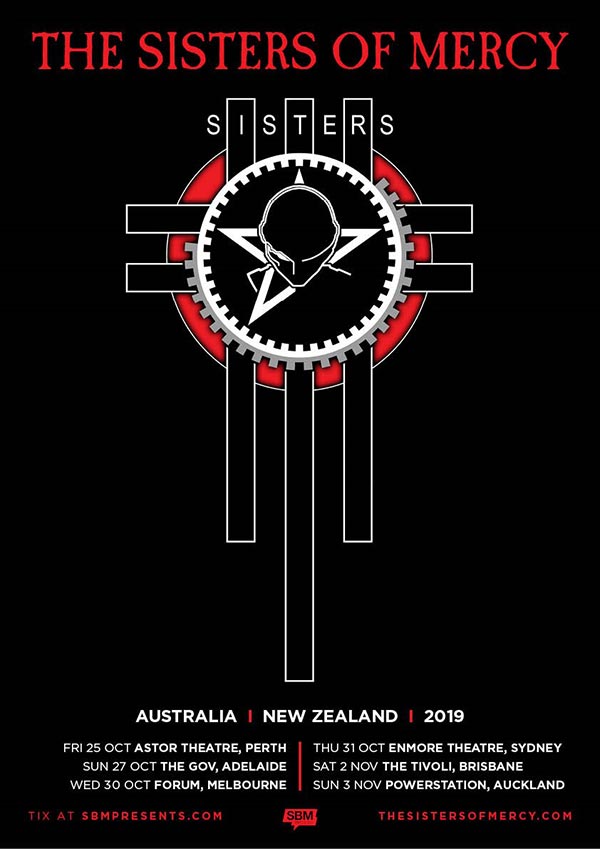 Images for illustration purposes only. No commercial gain. Via. SBM Presents