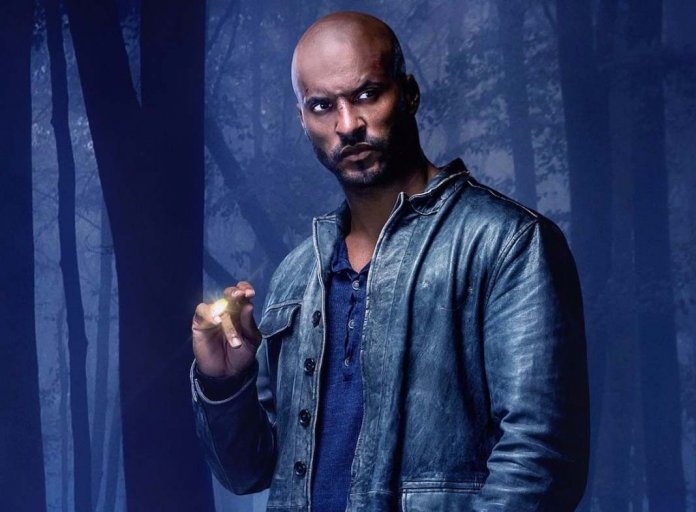 Thanks to Oz Comic-Con we had the chance to chat with English actor Ricky Whittle who is known for his portrayal of Shadow Moon in the hit series American Gods.

SR. American Gods is such an interesting and unique show. What has been the reaction from the fans since the show aired?

It has been great. I feel blessed. However, with adaptations, there is an extra pressure from the fans and I’m glad they have embraced my character so well, even when we change some stuff from the source, they are super cool.

Also It’s also thanks to the amazing cast we have of course, and the last season had a lot of positive criticism, so we are more than ready fro what come next.

SR. American Gods exists in this rich fantastic world,a s an actor how do you prepare every time you have to step on set and become Shadow Moon?

Well, from the very beginning all went smooth since the audition process, but for the character it has been a huge roller-coaster. Since the books came back in 2001, I’ve plenty of sources to research, but there is no better source than fans, and fans have been giving me a lot of input because trust me when I tell you I read everything they say.

I’ve stayed truth to myself and to the character, but still as in the books he is super quiet and to himself, we tried to make him pop up a bit more, and it has worked so far.

SR. Following up on that. How do you keep your character grounded in a sense of realism?

Well, season one was very real, especially when he left prison and gets in the middle of this conflict between the Gods. Now in season 3 he will be a bit different, more quiet maybe and more educated than the other characters.

To answer your question, the biggest challenge for me personally is to be the quiet one, as I’m the prankster of the cast, so it is really to hold back with the comedy on the script as he has such a tragic back story.

SR. Congrats on the renewal for season 3 by the way! You already mentioned something about it, but can you give us more hints about what fans can expect about the new season?

As you know the series have a mastermind behind them, a genius like Neil Gaiman, so there is always so much mythology to embrace in the series. That’s why we have never been worried about renewals as we know we have to finish the books and Neil, actually already wrote a continuation for American Gods.

In terms of my character in season 3, as I said, he will be more quiet and hiding in Lakeside as he wants to move away and leave the Gods and their selfishness behind. He simply had enough, and wants to keep is dark past grounded, so in season 3 we will see him more relaxed…or maybe not (laughs).

SR. Just to finish, there is any story from the cast or while on set you would like to share?

We are like a real family to be honest, is not one of those group of actors that when the lights go off, everyone goes away. We keep in contact daily, we have a Whatsapp group so  we always know about each other, even when the girls go shopping and talk among them we see all that, it’s just great. Actually now that I’m here in Australia I’m a bit anxious because of the time difference I’m like behind the updates (laughs).

We also on set we have like a “prank walk”, as I prank them all the time by putting bobby traps or filling their trailers with photos on me. You should see their reactions, they are hilarious!

Ricky will be meeting fans at Oz Comic-Con:
Melbourne Convention & Exhibition Centre – June 8 and 9
Get your tickets here