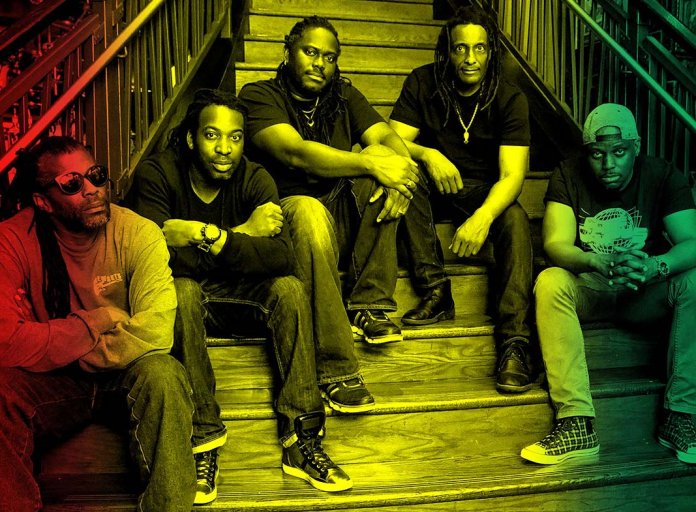 We have an interview regarding The Original Wailers Australian tour ahead of their Adelaide show, we chat with the guitarist of the group Al Anderson about their triumphant return back to Australia once again, after a very brief time away from us indeed.

You must be excited to be here in Australia again!


Again, absolutely, we have been coming here since ’72.

So you’re going to be playing a number of your hits from across the years then, there will be a good mix of songs old and new, including those you wrote and performed with Bob Marley way back 38 years or so ago, it’s a wide selection of material for all fans across the ages then?

Yes, all original material that we introduced and wrote ourselves, some stuff from way at the back of our catalogue too.

How was your last time over here in Australia, just last year?

It’s always good in Australia and New Zealand, they are god’s countries.

Do you have a favourite city over here?

Can you share with us a memory from your last trip over here?

Well it was just a great tour for us and we had a lot of fans come to the show. It was a big sing along; they appreciated what we did last year. And again, our faithful fans and friends will come in and support us one more time. Also Sydney was quite nice, I went to vintage music and record stores and I got a lot of vinyl that you can’t find at home, Australia Is real cool for that.

You have of course worked with the likes of Peter Tosh, Ben Harper, as well as Bob Marley, are there any new artists that you are beginning to work with?

The lead singer of The Original Wailers – CHET SAMUELS. We’re recording a new album as we speak, he is fantastic! He sings in both Spanish and English and he’s a favourite around the tour circuit here.

So you’re recording this new album at the moment, when do you anticipate the release of the next album?

Hopefully by, or before October of this year.

Could you tell us a bit about your equipment, what sort of pedals and amps do you use?

For my guitar equipment I am using a ‘64 Stratocaster, black and a 1977 Les Paul custom by Gibson, and I am using 2 rock amplification from California it’s a California bass amplification company that  has endorsed me, I really love the sound of them, they’ve kind of got the sound of a bigger form amp cleaner, clearer, point to point, just like the old days, and I got a new pedal board made by L.A. Sound Design. David Phillips there helped me put together some interesting new pedals that are on the market, the name of one of them is Timeline it’s a new delay that’s really cool by Strassman very clear and big and fat and ambient and I’m also using an Avatar tri stereo chorus along with an Aryan chorus and of course that will be buffered with a couple of wah wahs. I have a Vox wah, but I actually use 2 wahs they each do different things and I use a rat pedal for distortion and boost.

What would you like to say to your fans down under looking forward to seeing you return here this month?

We are going to be playing songs from the Bob Marley and the Wailers catalogue along with some other fresh original material and it’s going to be a big sing a long, we’re all going to sing these songs together, so we will see you there!

On Tour Now! Get your tickets here. 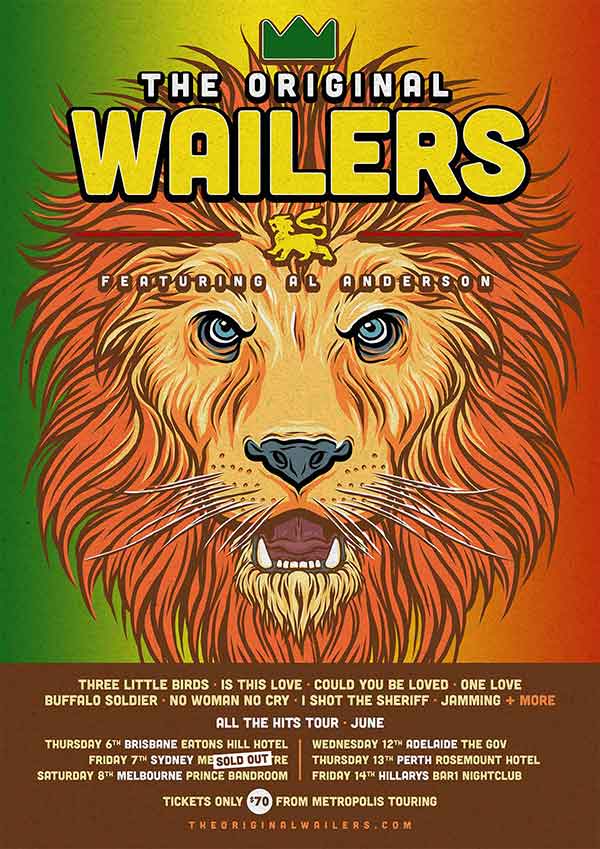