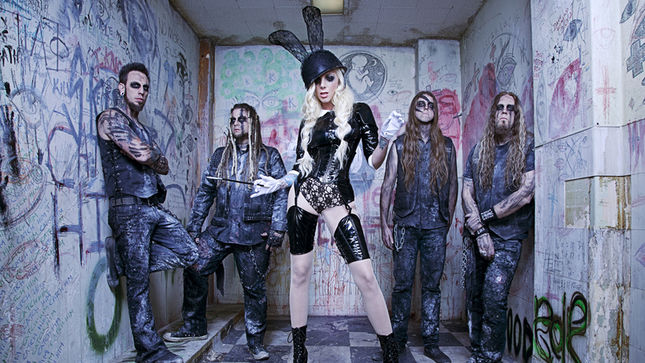 LA based hard rockers In This Moment have announced that their eagerly awaited new album Black Widow will arrive in Australia on November 14 via Atlantic Records.

“Black Widow is definitely the darker part of me,” “This album is about finding the weakness inside and turning it into strength. It’s about being reborn, setting yourself free and realizing the balance in everything – the dark and the light. I am so ready and excited for the launch of this album. I think people will embrace its diversity and hearing different sides of us that they haven’t experienced yet.”

In This Moment has been rightly acclaimed as one of the most combustible and emotionally invigorating bands in modern metal. Fueled by singer Maria Brink’s powerful voice and provocative persona, the band has received steadily growing praise and commercial success for its idiosyncratic melding of raw power, sonic experimentation, and widescreen songcraft. Blood – In The Moment’s fourth and most recent full-length release – made a spectacular chart debut upon its 2012 arrival, entering the SoundScan/Billboard 200 at #15 while also coming in at #1 on the Top Hard Rock Albums ranking.