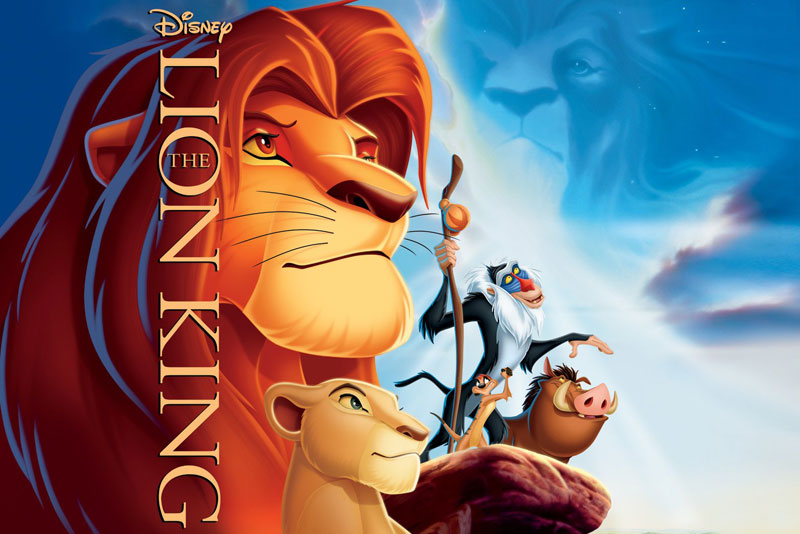 Thanks to Disney Australia we had the chance to see Disney’s 1994 masterpiece ̕The Lion King̒ now re-released in Australian cinemas in 3D for a limited time. This is our review of the film – but as usual – no matter what we say; we recommend that you still go to your local cinema and see the film because: There is no better critic than yourself!

The Lion King is one of the most successful films in Disney’s history. Now, after almost 20 years of its original release,  Simba is back in action following the tendency of transforming all time movie classics in 3D (Star Wars, The Beauty and the Beast and The Nightmare before Christmas).

The Lion King is based in Shakespeare’s Hamlet and Japanese TV series ‘Kimba, The White Lion’. The film tells the story of a cub named Simba (voiced by Jonathan Taylor Thomas) from his birth when is hailed in the air to be presented to the animals in the kingdom as the successor of the mighty current king Mufasa (James Earl Jones) as the circle of life.

Meanwhile, Mufasa’s brother Scar (Jeremy Irons) realizes that he will never be king and he plans Mufasa’s death to be blamed to Simba in the famous Antelopes stampede scene ending with Simba’s exile from the kingdom and the evil hyenas invading the kingdom thanks to Scar.

Simba manages to survive after a lucky escape from the hyenas thanks to carefree duo Timon, the meerkat (Nathan Lane) and warthog Pumba (Ernie Sabella) and their live motto – “Hakuna Matata” that means no worries. The years pass by and one day, Simba’s childhood friend,the lioness Nala (Moira Kelly) founds grown-up Simba (Matthew Broderick) and convince him to take his place as the true king with the help of Rafiki (Robert Guillaume) and the famous scene “remember who you are” with Mufasa in the clouds.

The Lion King is a fantastic story that it is worth to see it again on 3D. It was kind of weird to go to the cinema and find mostly adults watching the movie all over again remembering this Disney classic, as well as entire families transferring the legacy of the film to the new generations.

The Lion King was already perfect in terms of animation, music and storytelling. Now with the addition of the 3D you can experience the film as never before!  Get immerse in this magic adventure where you will be able to see more depth and layers in some scenes, such as the very beginning of the film as well as in the song “I just can’t wait to be king” while Simba dances around the animals, the stampede and while he decides to returns to Pride Rock after seeing Mufasa, to name a few.

If you have the chance, go to your local cinema and experience the Lion King in 3D! For sure a timeless film that will stay in our hearts and minds for the next 20 years as one of all time Disney classics.