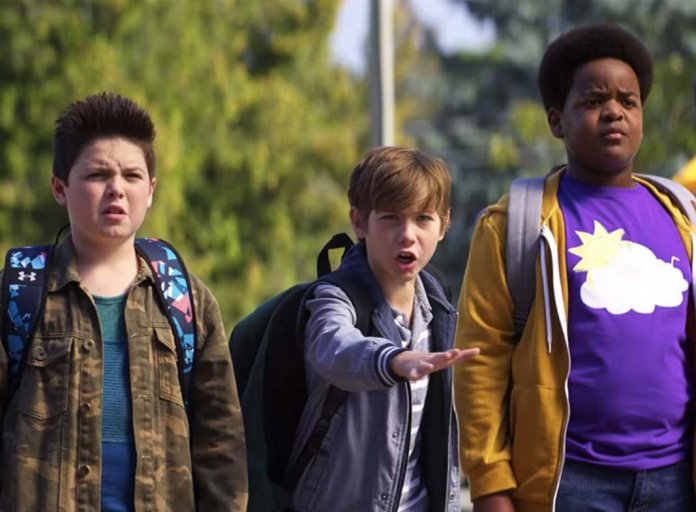 Good Boys is the latest entry in the irreverent, scatological Rogen-iverse of big-screen comedies (like Superbad). Directed by Gene Stupnitsky (his debut), it tells the story of preteens Max (Jacob Tremblay), Thor (Brady Noon) and Lucas (Keith L. Williams) and their attempt to prepare for their first kissing party. 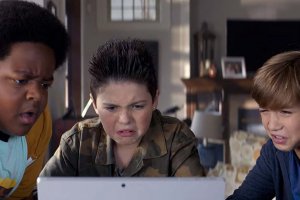 When Max loses his father’s precious drone attempting to spy on the girls next door for smooching tips, he and his friends go on a harebrained quest to retrieve it before its owner gets home. Their desire to grow up puts their group’s friendship to the test but, really, the plot is mostly a frame to hang bawdy humour on, and you know what? It works.

The amusement mostly derives from the innocence of the boys blundering into the adult world they’re so excited about entering. This isn’t an unfamiliar vein of humour, but there’s a genuine novelty here from the sheer vertigo induced by hearing such young actors flatly delivering lines like a standup comic doing a parody of a kid describing adult topics. There’s also a lot of great physical comedy from the young cast, and some really creatively absurd setups and payoffs. The level the film operates on is essentially critic-proof, with all the usual coming-of-age emotional scenes played for ironic mirth. But, despite all this, there’s still a genuine sweetness underlying the vulgarity. The film is getting its laughs by reminding us what it was like to be a little idiot on the cusp of adolescence, but it’s not heartless enough to actually look down on its protagonists. 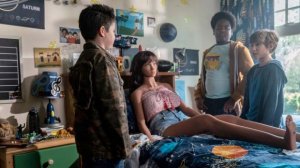 One of the funnier aspects of the film is seeing the boys crashing up against reality by parroting the utter nonsense fed to them by naive authorities. They clearly exist in a world carefully scrubbed clean for them, and their essential goodness makes them try to do things natural to kids while adhering to the fatuous guidelines set by their politically-correct instructors. Of particular hilarity is their cunningly unethical manipulation of their school’s anti-bullying jugendliga collaborationists. The brainwashing’s clearly wearing off.

It’s almost a shame Good Boys‘ content’s completely unsuitable for an audience the age of the cast, because it would probably prove far more educational to them than the dishonest pablum they’re usually fed by Hollywood. Who are we kidding, though? It’ll almost certainly do well on every school’s USB-stick-swapping scene.

More than a little of the film’s soul is lost to the comedic detachment it uses, and the humour slows down a bit towards the end, but I can’t really recall laughing this hard at a film in ages. Our audience was laughing so hard it became quite difficult to make out the dialogue at times. It’s no work of art, it’s not even particularly clever, but if you’re not easily offended it’s just a great time.