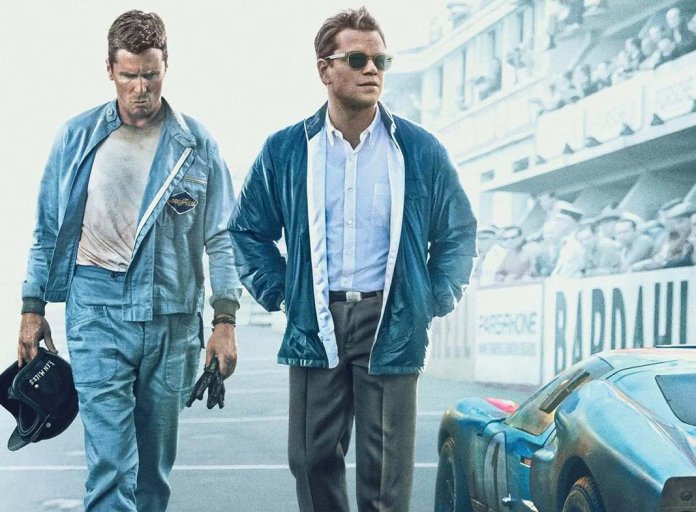 Directed by James Mangold, Ford v Ferrari is a charming, fun retelling of the ’60s rivalry between the two eponymous motor manufacturers. It’s a great big, old-fashioned, studio picture in the hyper-manly mould of The Right Stuff (from which it cribs a little here and there). 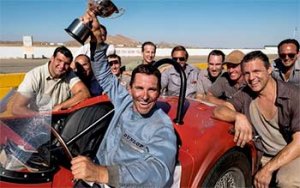 When Carroll Shelby (Matt Damon) is told not to race at the risk of heart failure, he takes his knowledge about cars into custom manufacturing, and enlists his friend Ken Miles (Christian Bale) to drive for him. Meanwhile the Ford Motor Corporation is seeking to rejuvenate its image by acquiring ailing Ferrari, and when their offer is rudely refused, Henry Ford II (Tracy Letts) wants revenge. He sets Shelby to creating the best possible cost-no-object racing car, and from there on it’s history.

The film is broadly accurate, although the GT40’s British origins are only hinted at by a quick remark and a construction kit on the shelf of Miles’ son. Mostly, it follows the formula this sort of film has to follow, but it’s so expertly crafted that it’s impossible to begrudge a moment of it. Damon and Bale are excellent in their respective roles, with Bale in particular absolutely disappearing into Miles. Mangold,’s direction is so utterly assured, and the film’s visuals so vivid, you barely notice the two-and-a-half-hour running time. 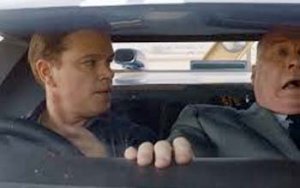 It’s easy to be cynical about this sort of film, but the sheer talent and sweep of Ford v Ferrari defies it. Oh, it’s corny, and there are plenty of scenes of manufactured personal drama, but it’s also great. The exciting racing scenes featuring cars from the most beautiful era of motoring, are magnificently shot (or rendered) and the roar of the cars and the period soundtrack are something to behold. Even if the GT40 appears to occasionally have an infinite supply of gears, and Miles’ propensity for pulling up alongside his competitors and glaring at them before roaring to victory wears a little thin, everything is so muscular and weighty that it just doesn’t matter.