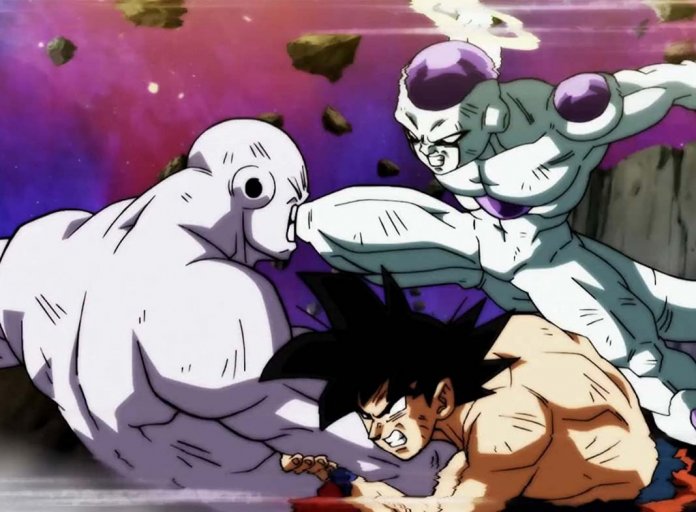 Thanks to Madman, we were able to watch the final episodes of the epic Tournament of Power, as part 10 of Dragon Ball Super is now available on Blu-ray.

With only few minutes to go and with only the strongest warriors left in the ring, the tournament of power continues, with Goku, Vegeta and 17 trying to keep the 7th universe safe from total annihilation. However, in front of them are Top and Jin, two of the mightiest warriors of the 11th universe, who have been almost impossible to hit from the beginning.

The Z warriors, alongside Frieza, who can’t really be trusted, must come up with new strategies to win, even if these mean falling off the ring or pushing their limits beyond to normal Saiyan powers. 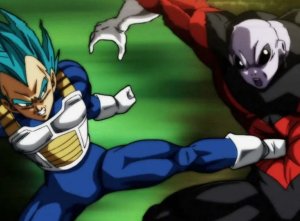 As expected the last set of episodes of Dragon Ball Super, are the most action-packed yet, and despite having some silly characters still in battle, such as alien “magical girls” and some robots, the fighting scenes compensate for all, especially thanks to Vegeta who once again shows his proud warrior’s blood.

The highlights of these last episodes are Vegeta taking on Top and the final fight between Goku, 17, Frieza and Vegeta against the almighty Jin, who finally shows his full power, as well as some of his backstory, in a battle that lasts for quite a while in which unexpected alliances are created and with the winner of the tournament being quite unexpected.

In addition, there are a couple of new songs introduced during the final battles, that add up the extra adrenaline needed to take the epic finale to the next level.

Overall, Part 10 is a triumph and a must see for all Dragon Ball fans, and we can only hope that this is not the end of this beloved saga.

Dragon Ball Super Part 10 is now available on Blu-ray. Get your copy here.