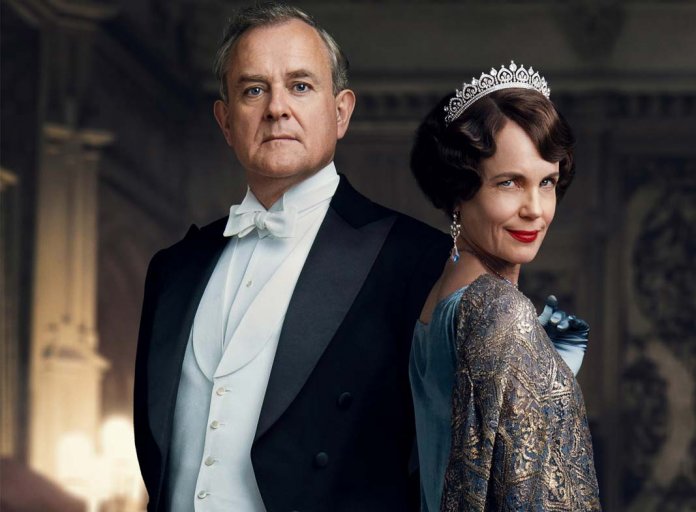 Thanks to Universal Pictures we had the chance to see ‘Downton Abbey’ before its national release. This is our review of the movie but, as usual, no matter what we say, we still recommend you to go and see it at your local cinema because there is no better critic than you!

Four years have passed since the end of ‘Downton Abbey’ on TV, and fans have been waiting for the return of the Crawleys, this time on the big screen. 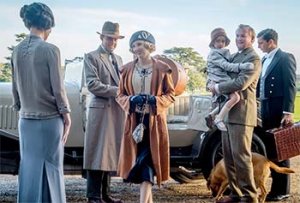 Time has passed but business remains as usual in Downton with Lord Grantham (Hugh Bonnerville) and wife Cora (Elizabeth McGovern) as heads of the estate managed by Lady Mary (Michelle Dockery) and Tom Branson (Allen Leech).

Downstairs, the service continues with Mrs Patmore (Lesley Nicol) and Daisy (Sophie McShera) as cook and scullery maid, while Mr Barrow (Robert James-Collier) has replaced a retired Mr Carson (Jim Carter) who lives with Mrs Hughes (Phyllis Logan) nearby. Mr Bates (Brendan Coyle) and Anna (Joanne Froggatt) continue in their positions, but now as a family of three.

When the postman arrives with a letter from Buckingham Palace with the news that Queen Mary and King George V will stay in Downton for one night during the upcoming Yorkshire tour, the arrangements for their visit re-energise the estate with an elaborate dinner and a parade. However, all the excitement for the servants is dampened when the royals announce that they will be bringing their own staff. 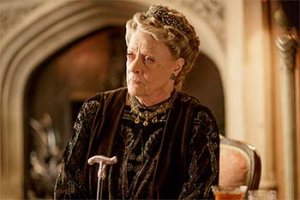 Violet (Maggie Smith) hears that her cousin Lady Maud Bagshaw (Imelda Staunton) will be joining the the Queen’s entourage, so she starts planning to solve the issue of Mr Crawley’s inheritance while Isobel (Penelope Wilton) tries to mend the brawl between them.

The film feels more like a long episode than a movie, rather like the Christmas special. However, for fans, it’s just a pleasure seeing all the characters reunited. The writers have managed to include most of the series’ massive cast into this particular story.

All the scheming seen in the series its back with subplots involving the service, the inheritance, issues between Edith and her husband, Mary’s doubts on selling the estate and even a small adventure for Tom and Mr Barrow.

The cinematography of the beautiful locations, scenery and detailed costumes blends perfectly with Downton’s characteristic theme song, giving a lovely nostalgia hit. The opulence of the era is captured to perfection once again, just like it was in the series. Violet’s witty exchanges with Isobel, Mr Molesley (Kevin Doyle) and Daisy are a treat, bringing most of the film’s laughs.

If you’re planning to see this film make sure you have seen the series as there is no recap on any of the characters and might not make sense if you are not a fan. This means ‘Downton Abbey’ isn’t really suitable for everybody. But, for us fans, it’s a treat welcoming the Crawley’s back into our lives with this pleasingly chaotic royal visit. So: Enjoy! Downton has been expecting you.