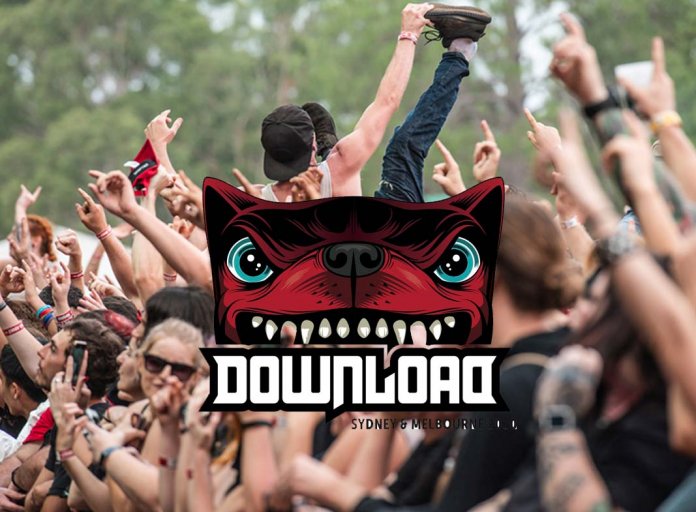 With Christmas only weeks away, we have the perfect stocking fillers for you and all your heavy music loving mates… write those letters to Santa and request your tickets to the official Download sideshows!

Deftones, Ministry, In Flames, Testament, The HU are all serving up extra shows for you as well as playing Download festival in Melbourne and Sydney!

Since Deftones’ inception, the multiplatinum, Grammy-Winning alternative rock band from Sacramento, CA have quietly been pursuing two paths, delivering songs defined by churning, double-fisted aggression while also testing the boundaries of music by incorporating elements of psychedelia and shoegaze. Deftones have released seven albums to date and have sold over 10 million albums worldwide.

Grammy-nominated exploratory rock band Baroness will open for Deftones in Brisbane, spilling triumphantly past genre barriers, their anthemic alt-metal hooks ricocheting between the circuitous twists of prog and jazz, the moody swirls of space-rock and noise, and the hypnotic pulses of trip-hop and 20th Century minimalism.

Industrial metal pioneers Ministry bring their synth pop heavy repertoire to Download 2020. Fourteen studio albums since their inception in 1981, including their seminal LPs Twitch, The Land Of Rape and Honey and The Mind Is A Terrible Thing To Taste and their mainstream breakthrough LP Psalm 69: The Way to Succeed and The Way to Suck Eggs, have cemented Ministry as one of the most consistent prolific heavy artists of modern times. With a new line up, incredibly full sound, and some might say a return to the roots of Ministry, the band is prepared to release a record that is socially relevant and sonically effective.

Darkcell are one of Australia’s fastest rising acts and will open for Ministry in their hometown. Formed in Brisbane in 2012, the band has performed over 220 shows to date. Packing stadium level hooks and a loud, abrasive and industrial rock sound, they have been tagged as a ‘modern day Kiss’. Larger than life stage show, party vibes and dance grooves give a fun atmosphere and keep fans coming back for more.

TICKETS ON SALE 11AM (LOCAL) FRIDAY, DECEMBER 6
My Live Nation pre-sale begins 11am Wednesday, December 4 until 10am Friday, December 6

Sweden’s leading metal band In Flames have never stopped moving forward during the more than 20 years they’ve been performing. The melodic death metal of the band’s early days has since evolved into a unique expression, manifested in 13 albums like ‘A Sense of Purpose’, ‘Sounds of a Playground Fading’, ‘Siren Charms’ and their latest release, ‘I, The Mask’ recorded in Los Angeles with multi Grammy-nominated producer, Howard Benson. 2019’s ‘I, The Mask’ charted #1 in Sweden and Austria, #2 in Germany and #1 in US Top Rock and Metal Albums. In Flames are a band that fans around the world can rely on.

For over three decades, Bay Area quintet Testament has consistently delivered unadulterated, unbridled, and unbreakable metal in its purest form without compromise or any signs of slowing down. Over the course of seminal releases ranging from The Legacy and Practice What You Preach to The Gathering and The Formation Of Damnation, which won “Best Album” at Metal Hammer’s 2008 Golden Gods Awards, the group’s sales exceeded 14 million worldwide with 2 million in the U.S. alone.

TICKETS ON SALE 10AM (LOCAL) FRIDAY, DECEMBER 6
My Live Nation pre-sale begins 10am Wednesday, December 4 until 9am Friday, December 6

The HU is a band from Mongolia that blend hard rock and traditional Mongolian throat singing. Their first two videos Yuve Yuve Yu and Wolf Totem immediately went viral garnering the band over 30 million views. The explosive reaction to The HU resulted in enthusiastic coverage from media all over the world. Together they create rock music with traditional Mongolian instrumentation such as the Morin Khuur (horsehead fiddle), Tovshuur (Mongolian guitar), Tumur Khuur (jaw harp), guttural throat singing built around the pillars of heavy rock: distorted guitars, bombastic drums, and aggressive rhythms.