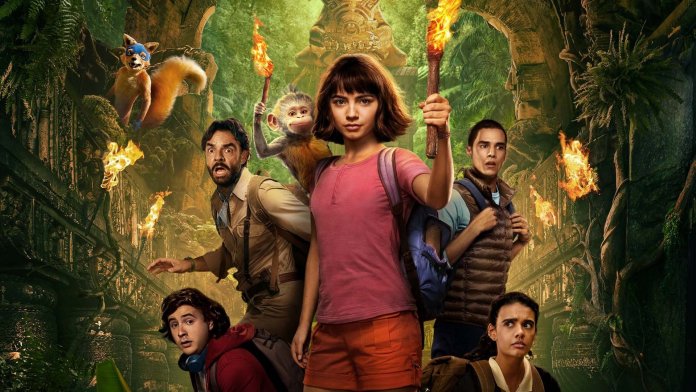 Thanks to Paramount Pictures for the chance to see ‘Dora and the Lost City of Gold’ before its national release. This is our review of the movie, but as usual, no matter what we say, we still recommend you to go and see it at your local cinema because there is no better critic than yourself!

Based on the Dora The Explorer cartoon, Dora and the Lost City of Gold is about a teenage Dora that lives in the jungle with her parents and monkey friend Boots. Dora’s parents, played by Michael Pena and Eva Longoria decide she should have a normal high 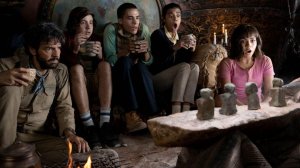 Dora and the Lost City of Gold is a fun and action packed movie. The films quirky characters and adventure plot make for an enjoyable viewing experience. The film is similar in style and theme to classic jungle adventure films like ‘Indiana Jones’ and ‘Romancing the Stone’. While a jungle set archaeological adventure film has been seen countless times before, this film successfully creates an exciting and fresh look at the genre; even for the adult viewer.

Isabela Moner is excellent as Dora. Moner gives a strong sense of intelligence and confidence to the character of Dora. Moner has created a genuine and instantly likable character, as it would have been easy to play her with a sense of parody in reference to the cheesy cartoon.

The film is self aware of Dora’s cartoon origins and often makes fun of this concept throughout the film. Dora often speaks directly to camera, asking audiences to repeat words like she does on the cartoon show. When Dora does this, the other characters in the film look at each other and ask “who is she talking to?”. These scenes were humorous to watch. 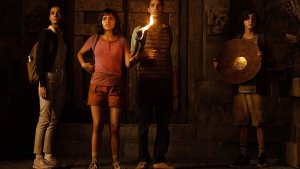 Dora and the Lost City of Gold has indeed exceeded expectations. The film will be adored by young audiences and for good reason, as it is action packed, fast paced and full of fun characters.

Although adults might cringe at a few corny moments and predictable plot points, the film is perfect for its target audience.