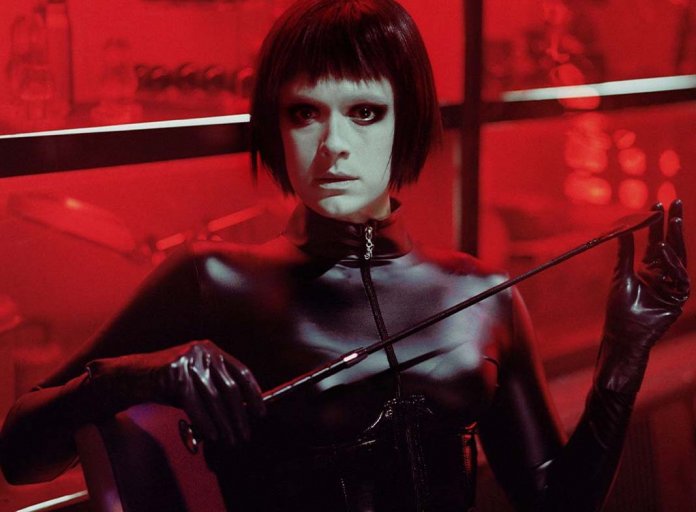 Dogs Don’t Wear Pants (Koirat eivät käytä housuja) is a Finnish black comedy directed by  J-P Valkeapää, and when it comes to black comedies, it’s hard to get any blacker than the Finnish. 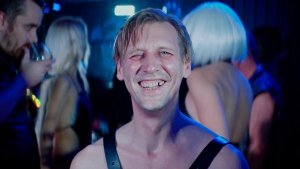 This is, to put it mildly, not a film for everyone. In fact, it’s safe to say that two thirds of the average audience would bolt at certain points in the film. It’s occasionally very, very funny but if you’re expecting simple prurient wackiness: turn back. It’s a stretch to even call it a comedy for most viewers, as the intensity of some of the activity depicted on screen is likely to overpower any dark chuckles Strang’s hangdog performance would otherwise elicit. That said, if you’re up for it, there’s quite a ride to be had. Some have described the film as “erotic” but unless you’re into the sort of sadomasochism it shows, it’s hard to imagine who’d really be turned on by it. Given its subject matter, it deserves commendation for being far more of a character-driven film than mere sensationalistic edginess for its own sake. It probably would have been nice to have more insight into Mona’s character, but not knowing too much makes her as intriguing to the viewer as she is to Juha.

Valkeapää directs this film with just a hint of Kubrick and lashings of Cronenberg. The film’s pace is utterly glacial, but it’s never less than engaging. The cinematography alternates between the cool greys and beiges of Juha’s daily life and the infernal reds and blacks of Mona’s lair. The microtonal, minimalist score by Michal Nejtek is a real highlight, adding an unsettled, lonely atmosphere to the film.

Dogs Don’t Wear Pants is a good film verging on great. With a thrilling story, a knockout performance by Pekka Strang and gobs of that dark Finnish humour, anyone with a tough stomach should give it a go.

Available on VOD from 1 July
via Google Play, iTunes, Fetch and Umbrella Entertainment