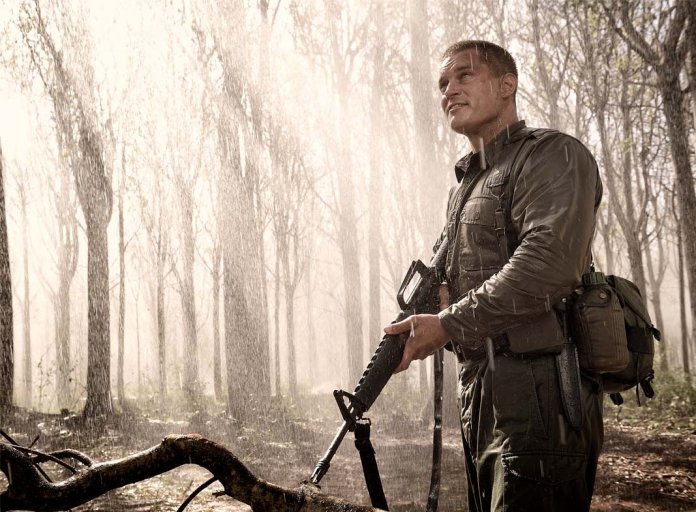 Australian war movies are rare, and frequently cherished. It’s especially rare to see one cover our involvement in the incredibly unpopular Vietnam conflict. Directed by Kriv Stenders, Danger Close: The Battle of Long Tan covers a battle where 108 Australia soldiers held off over 2000 Vietnamese soldiers.

Like many war movies, the film starts by establishing characters, specifically the battle-hardened Major Harry Smith (Travis Fimmel) who is disgruntled with being put in charge of fresh recruits instead of experienced soldiers. When their base is attacked by mortars, three platoons are sent out to search for the enemy in a nearby rubber plantation. They get more than they bargained for and a hellish firefight ensues. 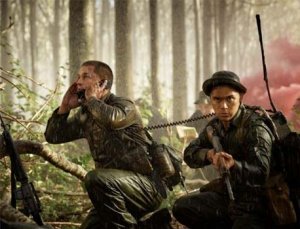 Danger Close struggles when it comes to characterisation, and the performances are more than a little uncomfortable as the cast struggles through the usual clichés regarding young men on the front line and their hopes, dreams and youthful chafing against discipline. When it gets to the action, things improve.

The film tries hard to establish location through some impressive cinematography, but the visual uniformity of the plantation and griminess of the soldiers and their uniforms makes it quite difficult to keep track of who’s who and where. This is a common complaint with films like this (one levelled at Black Hawk Down, no less) and in a way it helps to make the battle feel more chaotic, but there are times when it’s a bit of a struggle to follow what’s going on.

One of the other things that’s surprising, given the amount of violence on screen is how free of blood it is. No matter how many shots we get of artillery pounding the Vietnamese, there are no bodies dismembered in a shower of gore. Heads don’t explode, limbs don’t fly off. Everyone just dies with a dignified bellow or quiet slump. 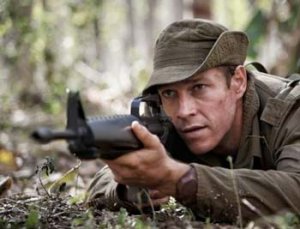 And, speaking of the Vietnamese, this is one of the other areas where the film is lacking. Wherever one’s loyalties lie in this conflict, the Vietnamese are an entirely faceless, inhuman enemy horde in this film, and we found ourselves wondering on more than one occasion what their side of the story was as they repeatedly charged to their deaths in slow-motion. One scene even features an Australian bumping into female soldiers, making it feel rather like the Vietnamese were even more desperate than our heroes.

Overall, this is a passable but not great war film. The acting and script are awkward and stagey, and the action is well-produced but becomes hard to follow due to the sameness of the visuals. It does no disservice to the real men who fought in the battle, but it’s just not going to become another Gallipoli for Australian audiences.

Note: If you’re interested in the subject matter, stick around for the historical footage at the end of the film!