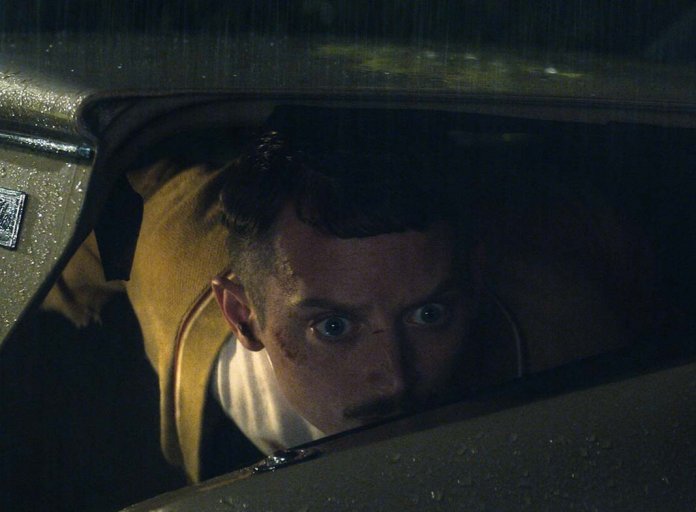 Come to Daddy is the directorial debut of New Zealander Ant Timpson, and it’s a barnstormer.

Norval (Elijah Wood), thirty-something and vaguely “in the music industry” hipster (with loathsome hairstyle and moustache), goes to visit his isolated, estranged father after receiving a letter from him. When he meets him (Stephen McHattie), he turns out to be a hard-drinking, hair-trigger monster that makes it very difficult for Norval to rekindle any familial affection. When something unexpected happens, Norval gets a lot more than he bargained for (and certainly more than some members of our audience did, apparently). 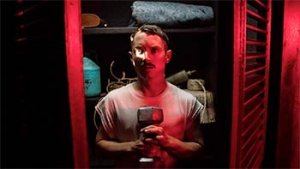 It would ruin the film to spoil the plot, but let’s just say that if you have a very, very dark sense of humour, this film is a treat. If you don’t, you’re really going to suffer from Timpson‘s expert ability to conjure visceral discomfort and just plain viscera. There was a real blend of screams and guffaws during many moments of this film, and a fair few people walked out.

Timpson has created a horror comedy that is as horrific as it as funny, without pulling any punches using irony or meta-humour. This is a helluva debut and I strongly recommend you dark souls out there watch it for a laugh. You know who you are.

Don’t read up about it, just see it without any expectations and you’ll have a great time!