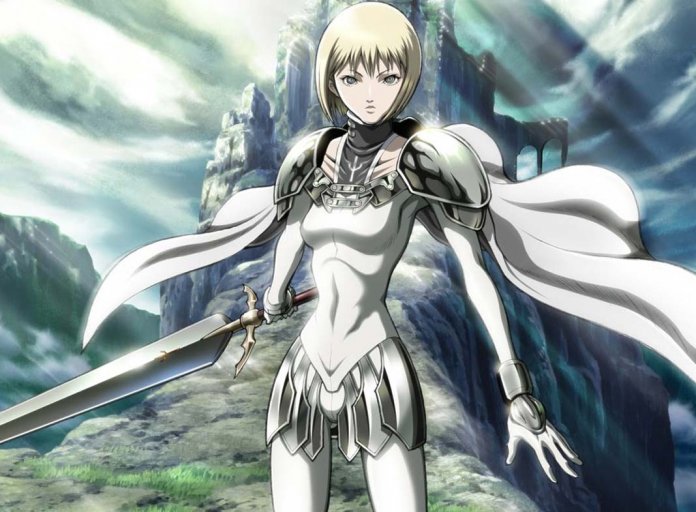 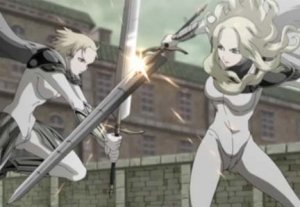 To stop these beasts, a secret organisation have created the ultimate breed of female half human warriors known as Claymores capable of using superhuman Yoma powers. However, Claymores are destined to die once they reach the limit of their Yoma powers, leaving them without a chance of returning to being human. They are taken down by their comrades before becoming “awakened beings”. The series follows Clare, a low rank Claymore who seeks to avenge the death of her sister-in-arms, who was killed by an “awakened being” in a journey that unveils the shocking truth behind the Yoma and the Claymores.

Based on the manga by Yagi Norihiro, the Claymore anime series is an absolute triumph, delivering one of the most engaging medieval dark tales ever seen, with characters that really struggle and no invincible heroes, as well as some mind-blowing plot twists that will render you unable to look away. 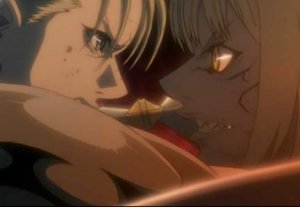 The action, the violence, art, music and the rich universe of characters are unique, making the series’ key moments very emotional and quite unforgettable, as we see both Yoma and Claymore falling apart, even making you unsure which side to support, thanks to superb, efficient story-telling.

The Blu-ray release also comes with episode commentaries, English cast auditions, interviews with Japanese crew (including the director of the series, Hiroyuki Tanaka), plus the iconic original TV Ads and textless songs.

Don’t miss the opportunity to see one of the best – and most insane – series around, now on crystal clear Blu-ray. Get your copy here.