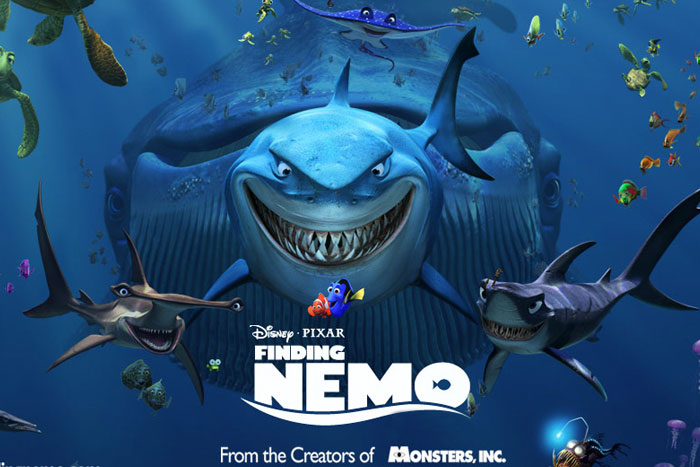 Thanks to Disney Australia we had the chance to see Pixar’s masterpiece Finding Nemo now re-released in Australian cinemas in 3D. This is our review of the film – but as usual – no matter what we say; we recommend that you still go to your local cinema and see the film because: There is no better critic than yourself! Finding Nemo is the story of clown fish Marlin (Albert Brooks) and his son Nemo (Alexander Gould), who on a school trip in the Great Barrier Reef was caught by humans and put in an aquarium at a dentist’s office in Sydney. Marlin, the desperate father embarks on a long journey looking for Nemo, crossing path with a hilarious memory impaired blue tang Dory (Ellen DeGeneres) who helps him to find his son, sharing endless adventures.

Following the success of 3D re-releases for The Lion King and The Beauty & the Beast, it is no surprise at all that Disney- Pixar’s Finding Nemo will hit our cinemas in the same glorious format, especially considering that the film was the second highest grossing box office hit worldwide in 2003, behind The Lord of the Rings: The Return of the King. Finding Nemo exudes Pixar magic in every little detail thanks to simple storyline, likeable characters and marvelous animation. Seeing the film in 3D provokes the same visual impact and laughter as the first time around, watching Brooks-DeGeneres do their thing (especially Dory’s clever childish jokes). Moreover, there is a world-class supporting voice cast such as Barry Humphries, Eric Bana, Willem Dafoe and Geoffrey Rush, just to name a few.

Talking about the 3D effects itself, the post-conversion works very well (probably not as good as originally 3D animated films) but Finding Nemo 3D still manage to come out a winner with features like many bubbles around the screen to give us the sensation of deep ocean, or the luscious Jelly Fish forest or turtles swimming in rapid water currents.

Finding Nemo, an already animated masterpiece now in 3D has been heightened to a new level, making the re-release a must see, even if you already own it on DVD. Watching a Pixar film in cinemas is always wonderful and we’re sure everybody loves Nemo!