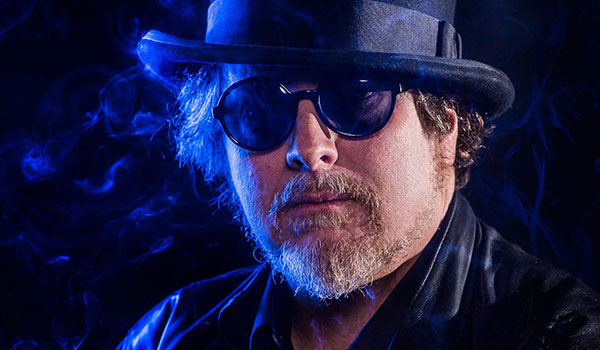 Thanks to our friends from the MDP web, we got access to a very interesting interview by Jamie Marriage with Australian speculative fiction writer Dirk Flinthart, about his first full length novel Path of Night.

Jamie: Path of Night is a fascinating mixture of genres; hard-boiled cop show meets classical horror tale, action crossed with political intrigue. What do you see as your greatest influences for this novel? 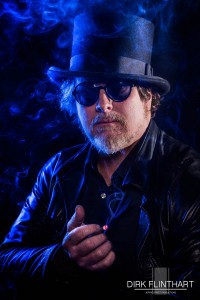 Dirk: I’m currently studying for an MA in creative writing at Uni of Tas, and I’m focused on genre fiction. Unusually for tertiary study, I’ve found a great deal of practical use for my reading. One of the things that became increasingly clear was the idea that ‘genre’ as a set of closed boundaries was a real hindrance – yet at the same time, it is incredibly valuable to understand how readers expect genre to be enacted by a narrative. Thus, in writing the story I felt quite free to borrow tropes from all over the place, but I knew I had to present a structure that offered support and sense for the work. In the end, it’s structurally a thriller, I think… but as for major influences?

Everything. I wanted to tell a story about a sort of ‘everyman’ drawn into a darker world. There are plenty of those. I really wouldn’t know where to begin. In end, the most important influences were those that told me what I DIDN’T want to do. I didn’t want conventional, comfortable vampires. I didn’t want ‘sparkly romantic’ creatures either. Nor did I want a grim-jawed hero ready to take on the world: I really wanted an Australian character, in over his head, reacting like a young, reasonably smart Australian man would. And in his partner-in-crime Jen Morris, I wanted an Australian woman, tough and competent enough to stand up, and smart enough figure out how to tip the game her way. Real people forced into heroic roles, not heroes riding out on white horses to save the day.

Still, let’s see: a bit of Stoker’s Dracula. A bit of Jim Butcher and Harry Dresden. A little Alistair Maclean. A touch of Charlie Stross’ “Laundry Files”… maybe even a little Joss Whedon, in the sense of wanting to strip back and expose some of the hoary, cliched tropes of the genres. Will that do?

Jamie: Your characters suffer rather large amounts of abuse throughout your novel. In fact very few seem to escape without some level of serious injury. Did you find it hard to inflict so much suffering upon the creatures of your own creation? Or did you find it more difficult to hold yourself back from pushing them harder?

Dirk: The story dictates what’s needed. It’s true: I like the main characters. No, let’s be honest — I like almost all of them. My elder son was annoyed with me that I killed off one of the particularly interesting villains. He tells me that he ‘liked that guy’ — and I like that, because if the villains aren’t a little interesting and sympathetic, then the story’s probably rubbish. But look — Path of Night leans towards horror in a big way. Horror has certain demands. I can’t stand reading thrillers with invulnerable protagonists, and there has to be something really dangerous at stake to raise the suspense. So the charactiers in Path of Night are in danger. If they fail, they die — and potentially, they die in quite a nasty fashion. It’s one thing to tell your readers that, but I think it’s more effective when they can see it happen. (Although I probably owe poor Doctor Parker an apology.)

Jamie: What didn’t make it into PoN? Are there any aspects of the story you really wanted to explore further? 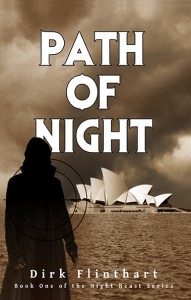 Dirk: What didn’t make it in? Not a whole lot, really. I wrote this very quickly, laying down the plot as I went. Mind you, I know a great deal about the backstory of everyone in the book, and about the Night Beasts, and anything else you  might want. But once again — genre storytelling places certain demands on the nature of your tale. My editor/publisher Tehani will tell you, if you ask her: there was virtually no wholesale cutting. The MS had to be trimmed and polished, but I didn’t need to lose anything major. Still, as you can tell from the epilogue the book is as much a springboard as a tale that stands alone. Think of it as an ‘origin story’, if you like. It’s complete in and of itself, but it sets up a couple of heroes for future tales.

Jamie: You obviously have a lot of regard for Sydney as a dramatic location. Is it somewhere you see yourself continuing to base your work?

Dirk: Tehani Wessely of Fablecroft pointed out that for some reason, most of us in Australian speculative fiction seem to leave Sydney alone. Probably we’ve all seen enough of it on TV and elsewhere. And yet it’s our best-known city internationally, with one of the world’s most recognisable architectural landmarks. It’s also a wonderfully diverse city in many senses, so yes: it makes a really great backdrop. I’m never going to “throw a shrimp on the barbie, mate” but I really don’t mind taking advantage of the iconic status of our best-known city to help readers enter the world of the Night Beasts. Having said that, though… no, I’ll answer the next question. It will explain things nicely.

Jamie: What’s next? A sequel maybe? Or even a prequel? Will you return to Jen and Michael or move on to other things?

Dirk: Path of Night is the first in a series surrounding the Night Beasts. It sets up the two lead characters, leaving them in a position to investigate further, and act against these terrifying creatures. There is an overarching plot, a grand arc of revelation that will (hopefully) culminate in an ending which is both surprising, and satisfying to the readers. I expect it to take about five or possibly six books. The next one is already underway. Set in Sydney again, the working title is “Midnight in Chinatown”. Jen and Michael will indeed be back, and this time they’ll be racing against time to prevent a war between different groups of the Night Beasts. And why are they trying to stop a war between deadly, vampire-like predators? Well — let’s just say it’s in everybody’s best interests. You’ll get the chance to find out when the book hits the streets!

For the best interviews with authors, book reviews and much more, visit www.mariannedepierres.com