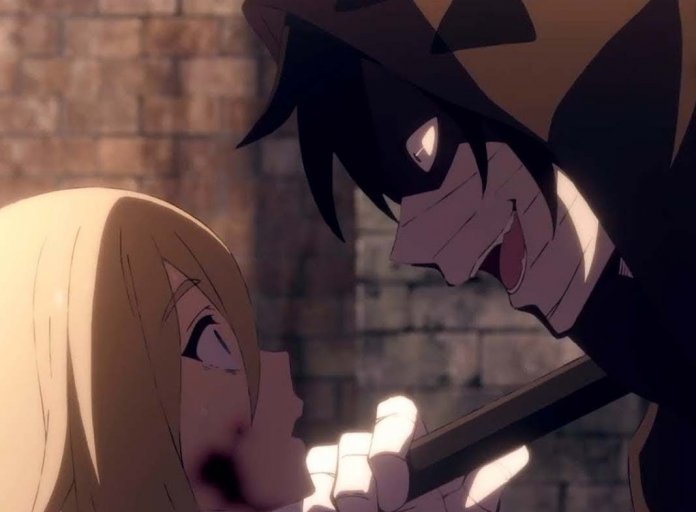 Thanks to Madman we had the chance to see the survival horror series Angels of Death (Satsuriku no Tenshi) on Blu-ray.

Based on a popular horror Japanese RPG, this rather twisted series follows a girl with amnesia named Rachel who wakes up in the basement of a building. As she tries to find a way out she is ambushed by Zack, a crazy serial killer wrapped from head to toe in bandages. After she’s managed to escape the basement, Rachel finds out that each floor of the building has a different challenges and more people determined to kill her. In order to survive, Rachel and Zack form an unexpected alliance. 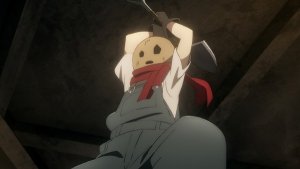 Angels of Death is full of surprises and, within seconds, it hurls you into a story that could be described as ‘Saw’ meets ‘Resident Evil’.

The characters work extremely well together as two perfect opposites. We have “the brain” in the form of an innocent girl with amnesia who experiences flashbacks, and “the muscle” presented as cold blooded killer who cannot avoid destroying everything around him. Each floor’s guardian is distinct, from a little kid who is obsessed with graves to a priest who’s more than what he claims.

The animation and art style of the series is impeccable, with dark tones and and old-school look that is complemented by a solid soundtrack that adds an extra layer tension to the roller coaster of twists within the series.

Overall, Angels of Death is an absolute triumph. It’s tense and gory, but it doesn’t rely on cliches as it pushes the boundaries of sanity every single episode.

A must see! Get your copy from Madman today.