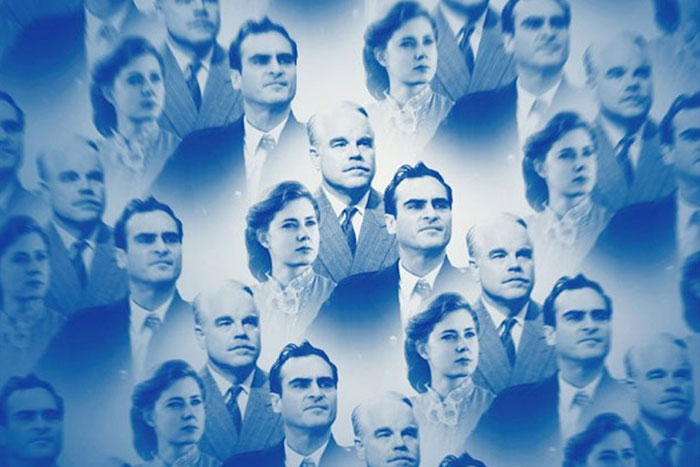 By Christina
Thanks to Roadshow Films, we had the chance to see Paul Thomas Anderson’s The Master before its Australian cinematic release. This is our review of the film – but as usual – no matter what we say; we recommend that you still go to your local cinema and see the film because: There is no better critic than yourself!

Paul Thomas Anderson is this centuries cinematic genius, with a

string of unique and solid films under his belt, The Master is yet another intriguing masterpiece to join the ranks. Much like his other films, The Master is beautifully shot and accompanied with the most brilliantly broody music of Jonny Greenwood’s that will surely have you gushing with excitement, it is that good.

Superbly crafted and intentionally obscure, the film follows a raging alcoholic and WW2 veteran Freddie Quell (Joaquin Phoenix), who drifts across settlements until one night he drunkenly ends up sneaking onto a boat that happens to belong to Lancaster Dodd (Philip Seymour Hoffman), a charismatic leader in an evolving philosophical, pseudo-scientific movement called The Cause, who is taken with Quell, offering him a place in his movement. Both Phoenix and Hoffman are exceptional and flawless as Quell and Dodd, but it is their intense connection between them that offers a compelling story as it looks at their personal conflicts, filled with obsessions, delusions and a desire to find their place in the world.

It is always a joy to see an Anderson film as you never know what to expect, the man is a visionary with a remarkable talent in creating fresh, captivating characters in a fascinating world. But do note that The Master does take some getting use to and deserves multiple viewings as it is a meandering tale, that seemingly doesn’t have many answers and will definitely not delve into Scientology as is what most people expect it will. But this is what makes the film brilliant, it lives on its own and has no structural character arc. It is simply fascinating.


The Master opens in Australia on November 8, 2012