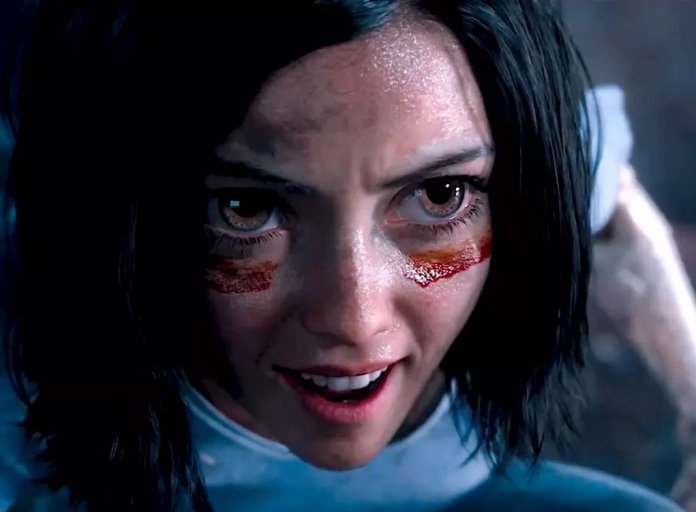 Alita: Battle Angel is a fast-paced sci-fi adventure that is mostly satisfying, but not exceptional. Visually astounding with some thrillingly violent action, the eye-poppingly colourful world it depicts never feels quite as cutthroat or desperate as it is described to be and the less said about the romance, the better. Where it does shine is the action and production design. This is an absolutely stunning looking movie, and so it’s impossible not to recommend for that alone.

Given those stunning visuals, this 4K UHD disc package is more than worth springing for if you like the film, and makes for an excellent demo disc for your 4K TV or projector. It includes a 4K disc, featuring HDR10, HDR10+ and Dolby Vision video options and Dolby Atmos and TrueHD 7.1 audio options. Also included are 1080p and 3D discs. Both are of very high quality for those formats – the 3D is exceptionally good – but the 4K is the clear winner here.

Visuals aren’t exceptionally crisp for 4K (they’re more than detailed enough) but the format uses its extended dynamic range and colour gamut to excellent effect, not showboating with constant oversaturation or contrast, but tactically deploying highlights and colour to stand out from the shadows, blues, greys and browns that make up a lot of the film. This is the first 4K disc to feature both HDR10+ and Dolby Vision, so you’ll have on offer whatever your TV prefers.

Sound is very exciting no matter which format you choose. There’s plenty of very deep bass and lots of detail moving around the room during the Motorball sequence, and the rear channels are active all the way through the film, making for a very immersive sonic experience. Dynamic moments like explosions jump out of the mix, but there’s no need to crank the volume to dangerous, eviction-causing levels to hear normal speech.

There’s a nice selection of extras on offer. Special features are in two sections, one set of animations that explain Alita’s universe in in-world monologues for more detail than the movie has time for, and one set of videos that document some of the production process. There’s also a fun 10-minute cooking show with director Robert Rodriguez showing how to make chocolate inspired by the movie. 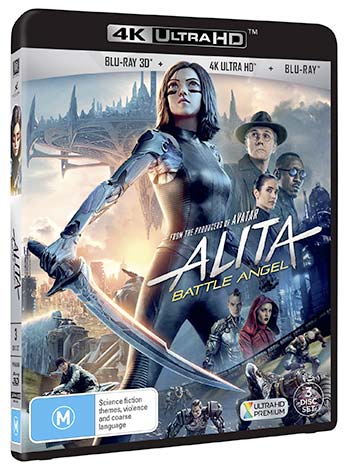 Not too overwhelming, but everything is just interesting enough that the “Play All” option won’t have you hovering on the skip button.

This is the best way to own and view Alita: Battle Angel right now, so if you enjoy the movie, if you’re curious as to what it’s like or you just want to see what your home theatre can do, this is highly recommended!