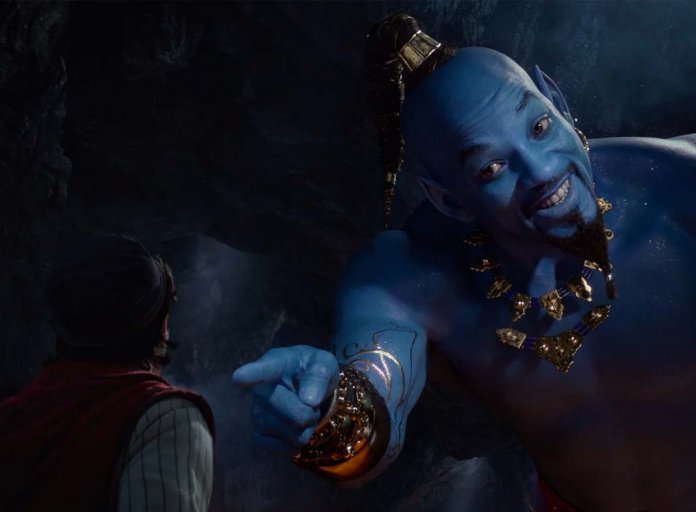 The film is another push by Disney to bring classic stories to a new generation with a lot of CGI and actors behind some of our most beloved Disney characters. Unfortunately, sometimes the nostalgia from the animated versions is hard to beat, and poor comparisons are unavoidable. 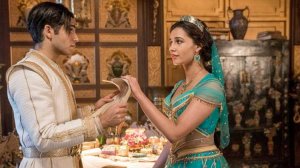 It’s hard to get into this new cinematic take. Aladdin still manages to capture most of the things we loved from the animated film, and for the haters complaining about Will Smith being too blue (really people?), it’s his take as the Genie that steals the show with great effects, hilarious moments, catchy songs and solid performance. In addition, leading actors Mena Massoud (Aladdin) and Naomi Scott (Prince Jasmine) are absolutely charming, and despite some tweaks to their characters, they deliver solid moments of Disney magic.

Despite the ending being a bit weak, with Jafar’s transformation into a monstrous snake replaced by his parrot Iago turning into a huge, scary bird that chases Aladdin on his magic carpet, the movie still delivers solid entertainment for the entire family.

The Blu-ray release includes really good extra features, starting with a deleted song with named “Desert Moon” which is a full scene with unfinished CGI. There are also great behind-the-scenes features showing how the team recreated Agrabah, and the process of turning Will Smith into the Genie, including some challenging scenes that involved tons of extras. The extras also include bloopers (which, to be honest, are not that funny) and a really nice video diary (by leading man Mena Massoud) of the whole process of filming.

Overall, the Aladdin Blu-ray release is an excellent package, with a fun film, nice extras and a good Disney songs and Bollywood-style dances that can be enjoyed by the entire family.