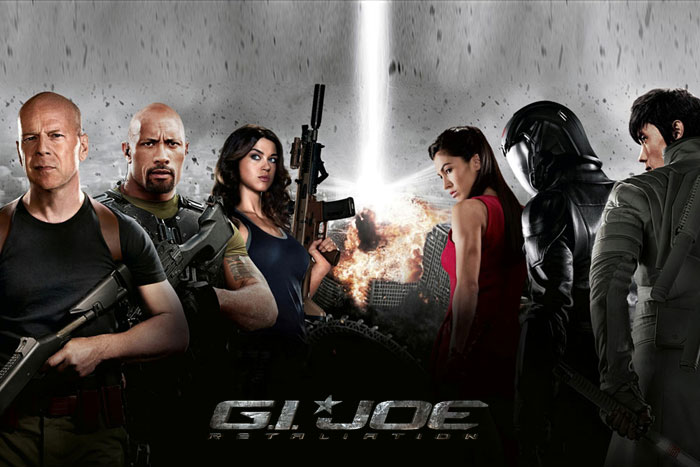 By C.Maras
Thanks to Paramount Pictures, we had the chance to see Jon M. Chu’s G.I. Joe: Retaliation 3D before its Australian cinematic release. This is our review of the film – but as usual – no matter what we say; we recommend that you still go to your local cinema and see the film because: There is no better critic than yourself!

G.I. Joe: Retaliation 3D is based on Hasbro’s G.I. Joe The films conversion into 3D places the audiences in the mist of the action and brings a real gritty and raw element to the viewing experience. The 3D itself is superb and authentic. One of the best elements to the film is the minimal use of CGI as it is primarily shot in real locations, which adds realism and has this simplistic beauty to it. You really feel as though you are amongst the action!

Director, Jon M. Chu has certainly created a well-made, entertaining and mature film out of this comic book. Having previously directed Step Up and Justin Bieber: Never Say Never, it seems quite surprising he has taken on G.I. Joe, yet, upon viewing the film you would think Jon’s only ever made action films. He definitely has a flare for directing action and it looks as though he can tackle any genre, which is great since he’s such a young director in the business.

Then there’s the star-studded cast. Channing Tatum reprises his role as Duke, so does Lee Byung-hun as Storm Shadow and Ray Park as Snake Eyes. Both Lee and Park certainly continue to wow us with their impressive fighting skills and their fight sequence together is exactly how you’d expect it to be: exciting, spectacular and simply AWESOME. They are so good they just make you want to become a ninja! You’ll definitely be kicking your legs everywhere once you leave the cinema. Then there are the new additions to the G.I. Joe cast including the one and only Dwayne Johnson as Roadblock and Bruce Willis as General Joseph Colton, the original G.I. Joe. Having two of the biggest names in action in one film is quite a marvel to see on the big screen together but they work brilliantly side by side and you wouldn’t want it any other way.

Then there are the up and coming cast members who are definitely ones to look out for. Adrianne Palicki plays Lady Jaye and D.J. Cotrona plays Flint. Both are wonderful to watch on film, not just for their looks and stunning bodies, but because they both work well in the action genre. It’s also worthy to note that Palicki’s Lady Jane is a strong female character, and what’s really interesting about her is that she hasn’t been shot in a sexualized way, like most women are in action/comic films. Yes she is beautiful and sexy, but she is primarily seen as a G.I. Joe.

All in all, G.I. Joe: Retaliation 3D is a surprisingly great sequel, adding fresh spice to the G.I Joe franchise. The graphics are spectacular, the film is well made and it has everything you’d ever want from an action film: heroism, explosions and ninjas! It’s an entertaining action flick to sink your teeth into.