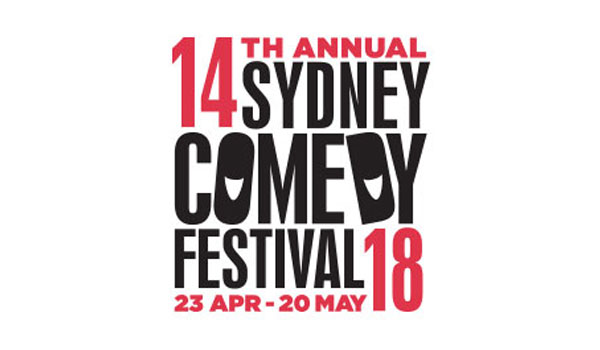 The Sydney Comedy Festival has announced its return in 2018 for the 14th year of delivering rambunctious laughter to the city and greater surrounds. Across four massive weeks from 23rd April to 20th May, the Festival will deliver an epic program of international and local comedy stars.

Ahead of its official program launch in February, the Festival has begun to announce some incredible performers who will be taking part in the 2018 event.

For the first time, the Festival will welcome UK satirical news reporter Jonathan Pie who is renowned on YouTube for his brutally honest views on the world of politics and entertainment; and US comedian Tom Segura, well-known for his popular Netflix specials Mostly Stories and Completely Normal.

The Festival will kick off in grand style with the Sydney Comedy Festival Gala at the Sydney Opera House on 23rd April, the Enmore Theatre and Riverside Theatres (Parramatta) on 24th April and The Concourse (Chatswood) on 25th April. The Gala includes a curated selection of comedy legends alongside the next big-things for one huge night of comedy fun.

Throughout the Festival, the laughs will be rolled out to a multitude of venues including the Factory Theatre, Sydney Opera House, the Comedy Store, the Enmore Theatre, Giant Dwarf, Riverside Theatres and The Concourse.

With more than 122,000 visitors in 2017, the Sydney Comedy Festival continues to be the city’s largest annual comedy event. Following Sydney, the Festival’s Showcase Tour will complete a 50-stop nationwide tour to an audience of more than 25,000.

Tickets to these shows go on sale to the general public as of 10am on Friday 10th November via www.sydneycomedyfest.com.au.

Optus customers can secure tickets a few days earlier, with access to the exclusive pre-sale from 10am on Monday 6th November. Available via the Optus Perks website, or via the ‘Perks’ tab in the My Optus app.