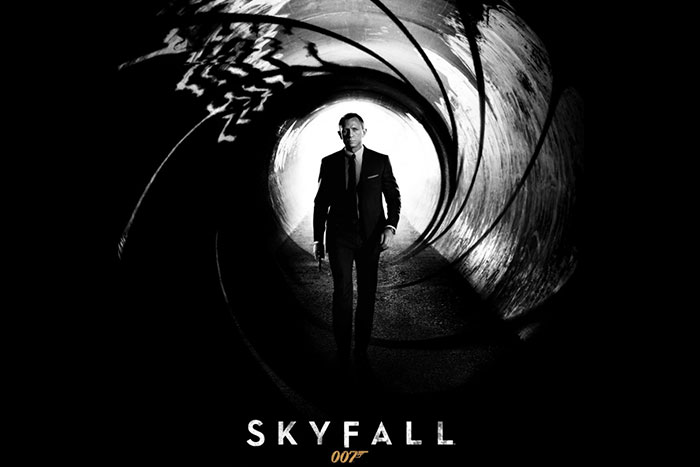 Thanks to Sony Pictures Australia, we had the chance to see Sam Mendes‘ Skyfall before its Australian cinematic release. This is our review of the film – but as usual – no matter what we say; we recommend that you still go to your local cinema and see the film because: There is no better critic than yourself!

Skyfall is the new adventure of Agent 007, taking James Bond (Daniel Craig) on one of his hardest missions as his loyalty to M (Judi Dench) is tested after a series of events from her past puts her in the line of fire. This time, a top-secret list of operatives going undercover in terrorist organizations is stolen, jeopardizing the entire MI6 organization which calls for Bond to come back to duty following a near death experience from his last mission.

Skyfall marks the 50th anniversary of the James Bond franchise, and after the very average Quantum of Solace, director Sam Mendes took on the task of getting the Bond fans back in full force, which he totally nails with this fantastic follow-up. The world’s most famous secret agent is back in his element, reminiscent of the good old golden era of Bond films. Daniel Craig, once again pulls an outstanding performance as 007 that we cannot think of a better modern day actor to play this complex and iconic character. No wonder Roger Moore an ex-Bond actor said that “Daniel Craig will go down as the best Bond in history”, a topic which never ceases to fan discussions amongst Bond fans or movie goers. Furthermore, it is a delight to see the strong relationship between Bond and M in this film as both actors show amazing chemistry in their love-hate relationship, full of sardonic humor and clever jokes fitted perfectly with M’s strong maternal personality delivered by the majestic Judi Dench . Even more brilliantly, the film recreated an old school style villain played by Academy Award winning Javier Bardem who is not only a nemesis for Bond but for the entire MI6 organization. His character is funny, ironic and sadistic, at the same time, clever, cunning, almost impossible to catch, as he would stop at nothing to eliminate M and bring the secret agency down. This performance, in our opinion, easily deserves another Oscar nomination.

Additionally, Ralph Fiennes, Naomie Harris, Bérénice Marlohe and Ben Whishaw also made their Bond debut in minor roles which are credible performances surrounding the main characters. And let’s not forget the Bond girls who are interestingly becoming more subsidiary in Daniel Craig’s era to keep the spotlight on the true star of the film. Action is of course a highlight in the film and Skyfall features some of the best James Bond stunts, fights and explosions. It hits nostalgia right at home, bringing back for example the iconic Aston Martin DB5 which first appeared in 1963 Goldfinger starring Sean Connery, as well as quoting and referring to many previous Bond films that will surely strike a chord with Bond fans and make audiences clap after the movie is finished. The soundtrack, from the classic James Bond opening to the end credits is solid as always, full of familiar tones at key moments, plus a new theme song by Adele which is just perfect

Skyfall could perhaps be one of the best James Bond films to date. It’s a great come back to the roots which made this franchise one of the biggest in the industry – a great plot, world-class acting, memorable characters (especially villians), stylish soundtrack, amazing special effects and action sequences, and of course the man himself…It’s James Bond at his best!