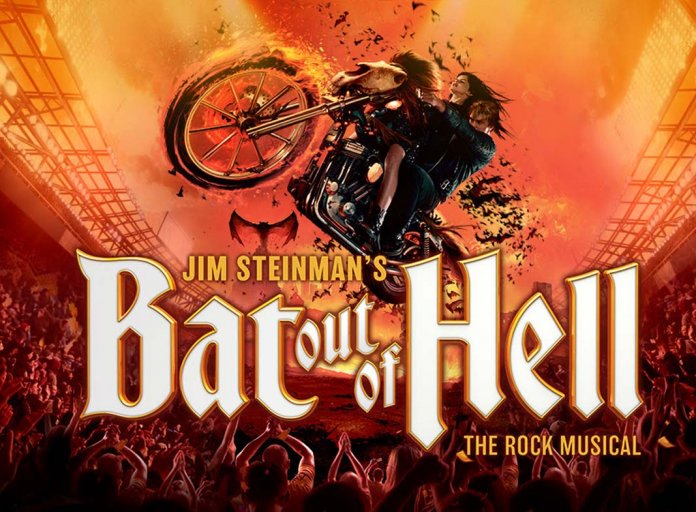 Paul Dainty AM, President and CEO of TEG DAINTY is thrilled to announce that the jaw dropping, heart stopping, ARENA ROCK MUSICAL, Jim Steinman’s Bat Out Of Hell will tour Australia in June 2020!

The AWARD-WINNING stage musical has been transformed into an arena rock musical and will feature iconic songs from the Bat Out Of Hell albums, including “You Took The Words Right Out of My Mouth,” “Bat Out Of Hell,” “I Would Do Anything For Love (But I Won’t Do That),” and “Two Out Of Three Ain’t Bad”.  These electrifying rock songs propel an epic story of rebellious youth and passion as Strat, the immortal leader of The Lost, has fallen in love with Raven, the beautiful daughter of the tyrannical ruler Falco.

This smash hit rock musical experience based on one of the best-selling albums of all time will commence in Sydney at Qudos Bank Arena on Thursday 4 June followed by arena dates in Brisbane, Melbourne, Adelaide and Perth.